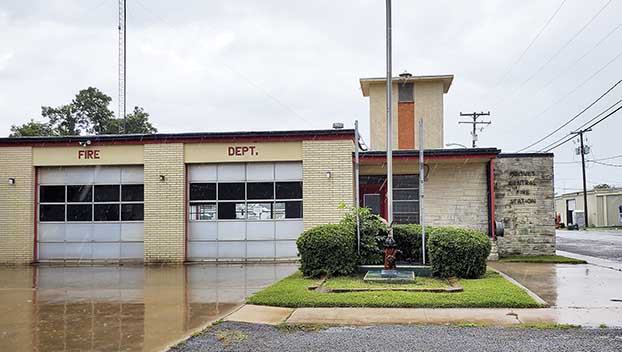 GROVES — With a majority of Groves councilmembers reluctant on selling the former fire station, city leaders are opting for a market analysis to determine the value of the property.

City Manager D.E. Sosa said a market analysis, which is done by a realtor, is not as expensive as an appraisal, which is performed by a certified appraiser.

The old fire station at 6150 Short St. is more than 60 years old and was vacated when the new fire station was completed a few blocks away.

Councilman Paul Oliver asked City Manager D.E. Sosa why the building must be sold, to which Sosa said it doesn’t have to be.

The idea came up with previous talks of finding funds to place into a savings account and the fire station is just sitting there.

The chief’s office, about 700 square feet in size, was being leased to JM Testing for approximately $400 per month.

“It’s a very sturdy building and has some issues with utilities that probably needs to be taken care of. I can’t see it sitting there with no use whatsoever,” Sosa said. “There has been some minor interest in it, but it never came to anything.”

But, Sosa said, the property doesn’t need to be sold, should council want to keep it.

Oliver said he would like to see the city keep the property, as it is in the heart of the city near City Hall and the activity building.

An actual value isn’t available right now because the property is owned by the city. Should it be sold in the future, then it could generate taxes.

Former City Councilman Sidney Badon believes the city should sell the property, saying it would bring in tax dollars, adding also the building has asbestosis inside.

“Even if you sell the property you have to worry,” Badon said. “I think it’s a money pit. It’s old and it’s going to end up costing the city money. I doubt very seriously you can find anyone who will rent it with the maintenance upkeep.”

Council voted in favor of the market analysis with a 4-1 vote. Mayor Chris Borne cast the dissenting vote.