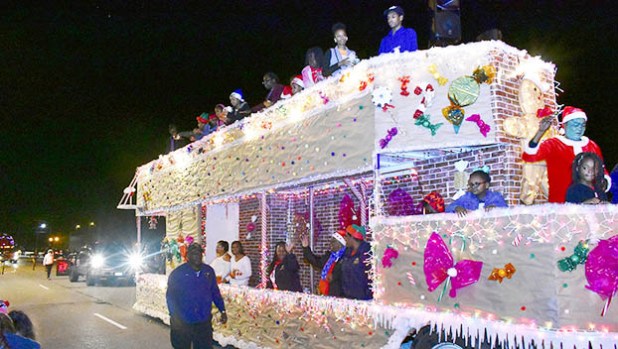 A Gingerbread House-themed float with the Grinch at the front rides down Procter Street during the Port Arthur Lighted Christmas Parade in 2-19. (I.C. Murrell/The News) 12-14-19 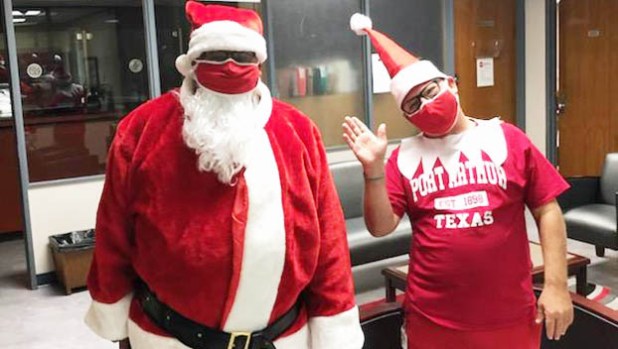 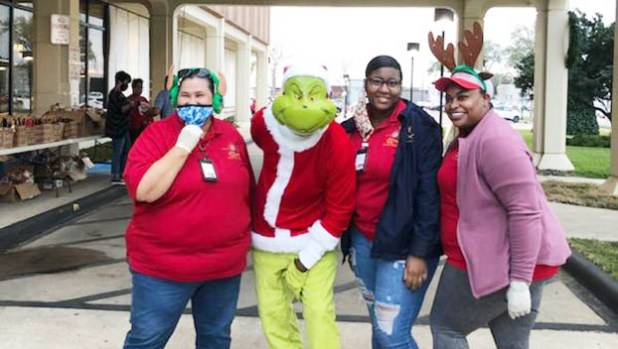 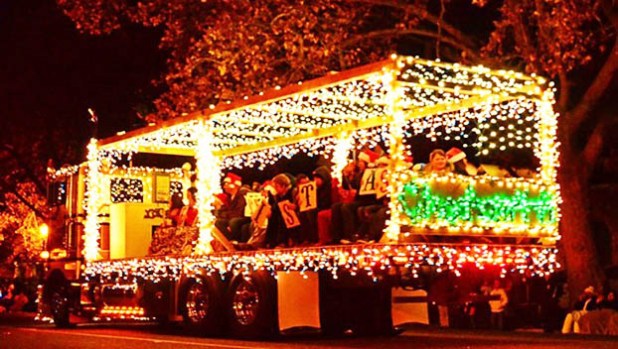 A scene from a previous holiday parade in Port Arthur. (Courtesy photo)

Looking for free holiday events for the whole family, then look no farther than downtown Port Arthur.

There’s something for everyone from ice skating and vendors, a tree lighting and the return of the holiday parade.

The fun starts at noon Saturday and culminates with the tree lighting.

Christe Whitley-Ned, executive secretary for the mayor and city council, said part of the city hall parking lot on Fourth Street will be closed off for the fun.

“There will be vendors, games, an ice skating rink, petting zoo and a train for the kids to ride,” Whitley-Ned said.

Children can get a picture with Santa, as well.

This year organizers are bringing back the city’s Annual Lighted Holiday Parade after a pandemic related hiatus.

Whitley-Ned is part of the city’s team working on the event. Her portion is with the parade.

“We are very excited this year because we have city wide participation,” Whitley-Ned said. “It gets bigger every year.”

The last time the city held the parade before the pandemic struck was 2019. In 2020, there was a drive-thru event, where people would pass through the entrance to city hall and be presented with gift bags.

There was no parade in 2021 but instead there were events downtown, such as ice skating, mechanical bull, video game truck, zip line and Zorb Ball races.

Whitley-Ned is looking forward to the festivities, especially the parade.

This city doesn’t have a float entry this year and since Whitley-Ned heads up the parade scheduling, she has a chance to watch the fun.

“I get to stand to the side in a lift truck and actually get to see the parade this year. Rarely do I get to see parade,” she said.

The parade starts at 6 p.m. Saturday, traveling down Procter Street and ending at Houston Avenue.

Cheryl Gibbs, public information officer for the city, is also excited for the parade. She believes this year will be bigger than before.

“The mayor has an open invitation to families or groups (for the parade) and everyone is invited to participate,” Gibbs said.

“Right now we’re at about 65 participants and they’re still coming in,” Whitley-Ned said. “And we have civic and social groups participating, Corvette Club, Constable Chris Bates and local industry.”

After the parade is over, the festivities move to city hall for the tree lighting ceremony.

Boats will be decorated and lit up for the holidays as they circle the basin.