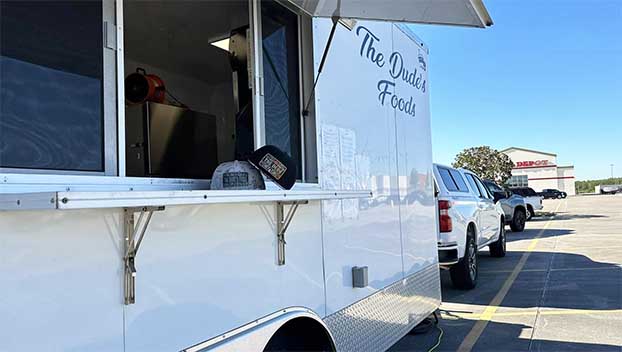 NEDERLAND — Nederland City Council members had final say on a proposed change to food truck operations within municipal limits, and they made it emphatically.

The full board of elected leaders voted in unison to deny a recommendation to remove the “special occasion” clause food truck operators are currently abiding by to function in Nederland.

Monday evening’s vote exposed a bit of disagreement within the halls of city government, because it came a month after three members of Nederland’s Planning and Zoning Commission voted unanimously to recommend city leaders remove the “special occasion” clause.

Because of that recommendation, the city council had to override it with a super-majority vote, which came Monday via a 5-0 count.

Prior to Monday’s vote, City Manager Chris Duque said he and Building Official George Wheeler were recommending the council deny the proposed change to the existing ordinance.

“At this time, the economy and our local business community are struggling badly, and hopefully things improve over the next 12 months,” Duque said. “We do not believe it is the right time to make this change.”

He said there are concerns with food trucks and their location near working restrooms.

“It would hinder the EDC to entice new entrepreneurs to our area,” the Ward 3 representative said. “I don’t want to do anything that would damage that. Our brick and mortar restaurants are here for the community. They have put a lot of investment in this community. We need to make sure to support those guys out there.”

As of now, food trucks must operate on a private business’ property through invitation by that business. It must be in association with a temporary promotion or advertisement put on by the business.

They can operate no more than 12 times a year, once a month and for three days straight.

Nederland resident Keith Bass suggested removing the provision for the “special occasion” and also suggested opening up the opportunity restrictions.

Before the vote, Al Judice IV, owner of Judice’s 1927 on Nederland Avenue, said he expects the city to protect restaurateurs “from outside people coming in.”

“This is not just about Keith Bass or the other ones,” he said. “As soon as the gate is open, you don’t think 50 new trucks are going to pound this city for a $25 permit and be able to sit by our restaurants and even down the road. Even if they take 20 percent of our business in peak times, that is too much.

“I want everybody to have the opportunity to do business because that is what makes this country great. But what I don’t like is when it is unfair. That is what this is.”

City officials discussed setting up a workshop during the summer of 2023 to revisit all aspects of Nederland’s food truck ordinance for possible revisions and additions that could go into effect Jan. 1, 2024.