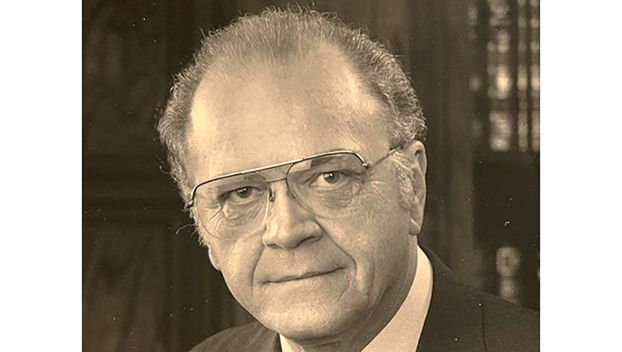 He was preceded in death by his parents, Claude and Pamela Plessala, and his sisters, Joyce LeCompte and Marilyn Martinson.

His early life traversed the path of all men his age: he graduated high school (St. Mary’s 1942) and went to war (Army Air Corp).

After managing Plessala’s Super Market for his parents, he began practicing law in the office of the then premier lawyer O.I. Baker, along with Frank Lamson, in 1959.

Born during the time of the Model “A” Ford and living almost a century, he was truly the “last of the breed” of a colorful cast of lawyers and judges who served Jefferson County from the 1950’s.

Though a respected lawyer, he found his true achievement in life was as Judge, County Court at Law #2. Though never acquiring legendary fame presiding over infamously publicized cases, he found a higher and more meaningful status for those who worked with him, for him, and even those who appeared before him: Every person and case in his Court was afforded a quiet dignity and respect every citizen deserves. He truly believed he was serving a higher calling than merely being an elected official.

As one of the last of the “Greatest Generation,” he shared the attributes which defined that group of WW2 men and women — honesty and an unconditional devotion to duty.  16,000,000 Americans served in WW2.  Only 167,000 still survive and 234 die daily. As with so many of his brethren, he now “belongs to the ages.”

A Mass of Christian Burial will be held on Saturday, December 10, 2022 at 12:00 PM at Immaculate Conception/St. Peter’s Catholic Church in Groves, with a gathering of family and friends from 11:00 AM until service time at the church at 12:00 p.m.

Entombment will follow at Greenlawn Memorial Park in Groves.

Under the direction of Clayton Thompson Funeral Home.

In lieu of flowers, the family requests that donations be made to St. Jude’s Children Hospital in the loving memory of Harold Plessala.