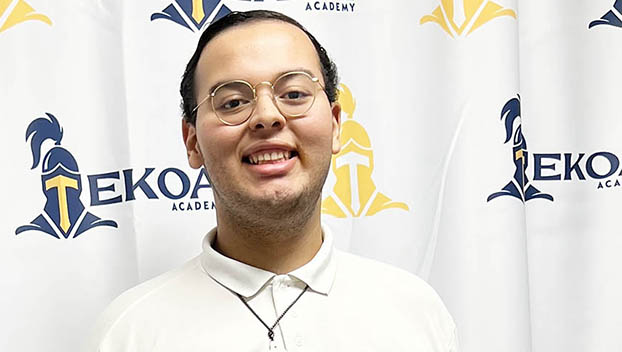 Alexander Gonzalez has his sights set high for his academic future, using self-discipline to power the way.

The 17-year-old junior at Tekoa Accelerated Studies T-STEM School is passionate about exceling and academics is the way to do that.

English teacher Angelie Cuizon sees that potential in him.

“He is not just a straight-A student but a student fostering character,” Cuizon said. “He has an incredible self-discipline and motivation towards learning. He always makes sure that he can submit work in a timely manner and is very dependable in any tasks given. He can work well with others and is willing to lend a helping hand when his assistance is needed by his classmates. Indeed, he is Tekoa’s most valuable student.”

Gonzalez is a member of the National Honor Society, Robotics Team and FEMA Team. He is starting dual-credit courses at Lamar State College Port Arthur in the spring. 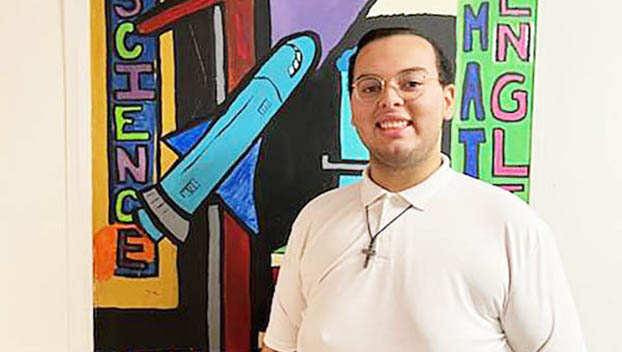 U.S. history teacher Roland Pastoriza said Gonzalez stands out in a crowd of brilliant students because of his values.

“Alex is a brilliant student because he shares relevant thoughts and always performs responsibility in a given time,” Pastoriza said. “As his teacher, I would have to say he is a star student. We need students who can transpire good values at the same time exceling in academia.”

The student looks to inspire others with his passion for academics, he said.

Gonzalez recently moved to Texas from Puerto Rico. “This is a great start I never imagined in the mainland of the U.S.,” he said. “This is like a new beginning for me. It has filled me with experiences I wouldn’t have imagined. In a short time I have accomplished so much.”

His drive for success and caring developed a few years back.

“I think of what my future would have been if I was not as motivated as now,” he said. “I took that and said I don’t want that. I want my future to be successful, so I started building my passion for studies, basically starting over with effort into things that mattered, which is my studies.”

Gonzalez wants to continue his education after graduation from high school and that may mean traveling.

“I’m looking outside of the U.S., maybe Spain, or inside the U.S. like MIT or the University of Texas,” Gonzalez said.

His possible majors are computer engineering or computer science.

Physics/algebra II teacher Brian Arinaitwe sees his potential for success, as well. He called Gonzalez a committed student and gentleman who will surely make a great scientist.