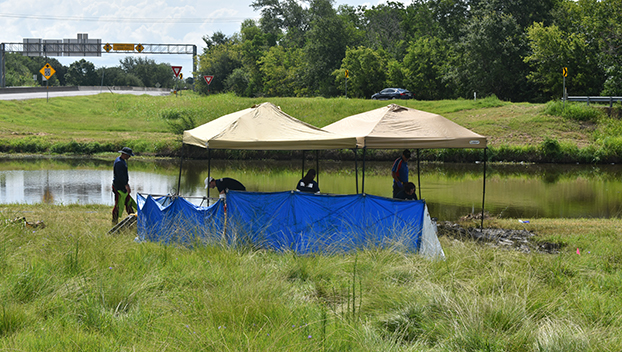 Human remains found in a submerged vehicle this summer in Port Arthur have been identified as those of a man who had been missing for more than a decade.

The identification brings to close the mystery of the whereabouts of a local man reported missing in May 2008.

Port Neches Police Capt. Jesse Fournet said the remains were identified as Adrian Lozoya. The information was given to PNPD approximately a week ago, and family has been notified, Fournet said.

According to Fournet, the lab also performed testing on the remains, which showed no foul play was involved in the death.

In August, divers with the Port Arthur Fire Department were searching for a missing Port Arthur man in canals along Texas 73 near Memorial Boulevard and found vehicles in separate areas.

While the search led to the discovery of the missing Port Arthur man, it left the question of the identity of the other set of remains.

The remains were sent to the Center for Human Identification at the University of North Texas. The lab performs forensic DNA testing, anthropological examinations and more.

Lozoya, 26, was a resident of Port Neches at the time he was reported missing.

According to reports, he met friends at a bar to watch a sporting event and was last seen at approximately 3 a.m. May 4, 2008, at IHOP in Port Arthur.

A driver passing the scene in August recognized the car and called Lozoya’s relative, police said.

Now retired police chief Paul Lemoine said when the vehicle matching that of Lozoya’s was pulled from the canal, water and mud poured out when the doors were opened. Officials also searched the vehicle and waterway for evidence.

They purchased ads in The Port Arthur News seeking information on his whereabouts and also hired a private investigator.

A helicopter was used to search the general area in which he was last seen, and Texas EquuSearch, a search and rescue organization, listed Lozoya on its website with physical description as well as information on clothing and vehicle