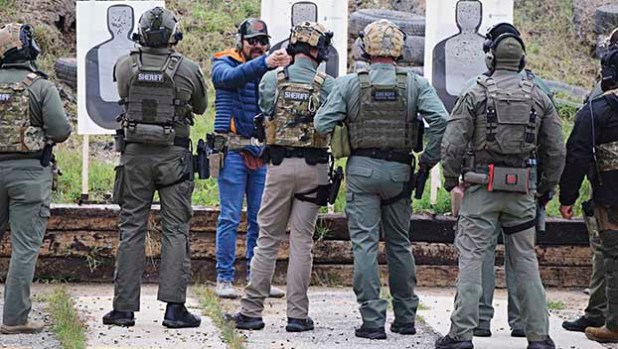 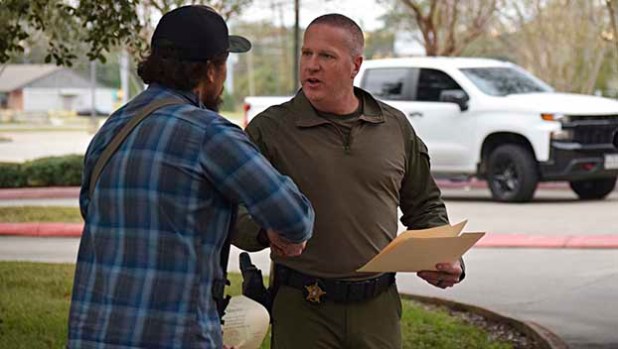 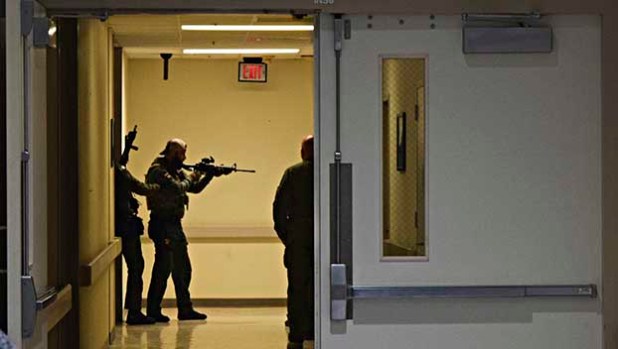 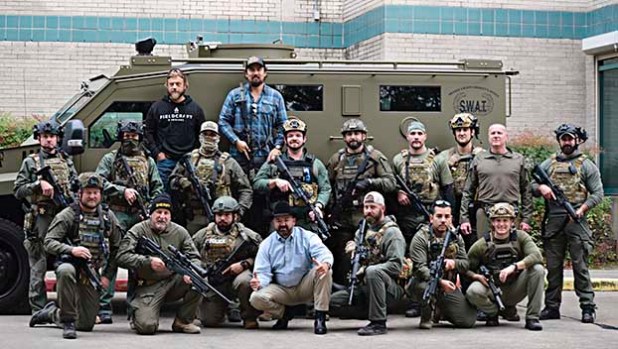 A group shot of the SWAT team with FieldCraft Survival trainers. (Courtesy photo) 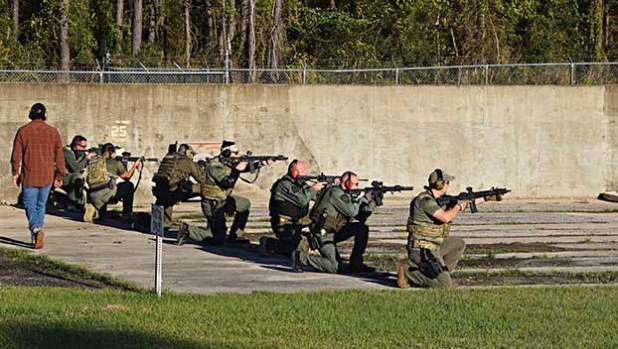 A scene from a recent training. (Courtesy photo)

ORANGE — Seventeen SWAT team members from Orange County recently roamed the halls of a closed down hospital while honing their tactical skills to better prepare themselves for dangerous situations.

But that wasn’t all.

“We are always looking for an outside perspective, new tactics and new ways of doing things,” Smith said.

From Glover they learned a lot of new tactics and underwent active shooter training, as well as other training.

Active shooter events are becoming more prevalent in society, be it school shootings, mall shootings or church shootings, he said.

A major part of the training is being able to recognize the situation exists and what needs to be done.

The SWAT team already has a system in place for active shooter situations and there is a necessity for continued training for other incidents, such as hostage situations and barricaded people.

“Tactics are changing,” Smith said. “This was very, very, very beneficial. From my understanding we will be having him back several times a year. We were very impressed with the training we received.”

Part of that training included the use of simulation weapons, where specialized rounds, similar to an air soft gun, were used. This helped the team understand angles and where somebody might be hiding.

Vidor Police Chief Rod Carroll said he has two new members assigned to SWAT that took part in the training.

Carroll spent 12 years on a Jefferson County SWAT team and understands the importance of the training. He recalled an out-of-state case of abduction by vehicular assault, where a man kidnapped a female is Virginia. The vehicle was disabled, which then turned to a hostage situation. Having a plan and training is paramount for safety.

Smith said at the end of the training Glover recognized the team was where they need to be and that he was just shining up what was already there.