Families can take free photos with Santa at Central Mall, check out the schedule 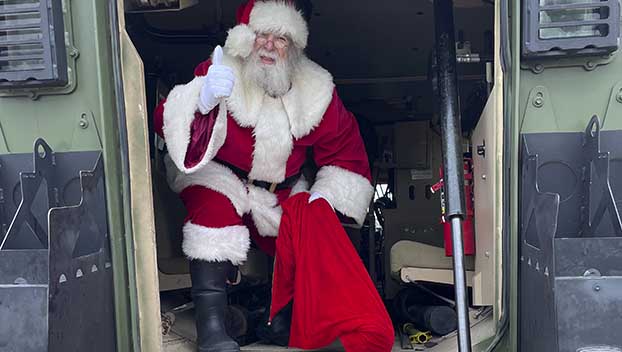 What could have been a holiday hitch has instead turned into a very merry surprise for area families who can take photos with Santa Claus at Central Mall for free.

“We are really just trying to help the area and the mall out,” said General Manager Dennis Hebert. “Times are hard right now for everyone, so I decided if I hired a Santa, instead of having a company come out that does it, they could take free pictures and spend more money on buying presents for the kids.”

Normally, Hebert said, a corporate entity supplies malls with a Santa Claus. This year, however, they did not have enough staff to fill all requests.

Meanwhile, long-time Santa Claus Mike Sheffield of Port Neches was at an area credit union filming a commercial with his production company when an employee recalled his holiday hobby.

Sheffield has been a Santa for more than three decades.

“About 35 years ago a friend of mine was moving, and he had been playing Santa,” Sheffield said. “He knew the wife and I were hurting for money, and he said, ‘here, you be Santa.’” 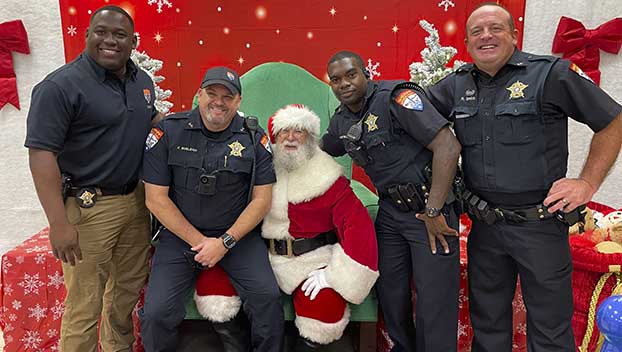 And Sheffield wore that same suit for years as he continued to bring holiday cheer to people in Southeast Texas.

“I play Santa for businesses and do home visits,” he said. “We only have one space left for Christmas Eve. We’re on the second generation for some of their families.”

And it’s something the retired electrician truly loves.

So the opportunity to become the Central Mall Santa was a welcomed surprise, as was the escort by the Jefferson County Sheriff’s Office and Port Arthur Police Department. Santa arrived in a SWAT vehicle.

Through the Black Friday shopping weekend, Sheffield met with families from all across the area — several who traveled from Orange County.

“We got some really good feedback from the families, and that’s what gives me joy,” he said. “I was telling people that it really was thanks to Central Mall because they made this happen. They could have hired a photographer, but everybody carries a cell phone and some of them take better pictures than my camera.”

Another benefit, Sheffield said, is families are not rushed through the process.

“They have a few minutes to acclimate to Santa and talk with him,” he said. “This is going to benefit so many families.”

Santa gave a special thanks to the law enforcement officials that gave him such a grand entrance with several patrol cars to escort him.

“I’m so grateful to Sheriff Zena Stephens and her department,” he said. “It is for the community and the kids, and it was a big show of force from that department that they didn’t have to do.”

Santa will return to Central Mall on:

Attendees should note that he is not in the center of the mall, but instead is in a decorated room. 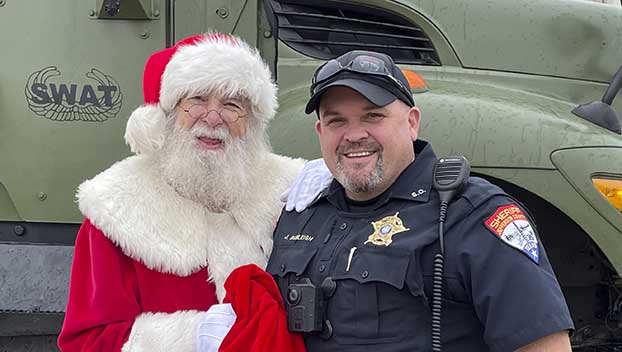