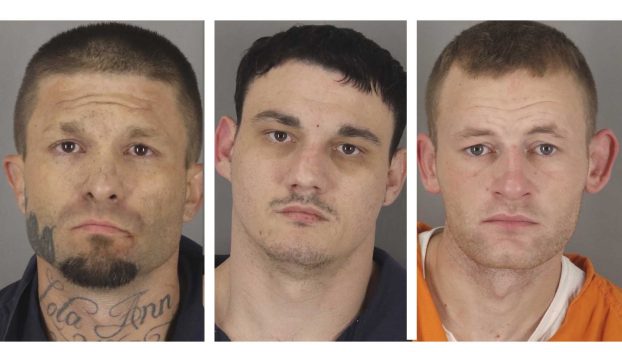 BEAUMONT — Three area men remained behind bars Monday after they allegedly fled a business leaving behind tools commonly used in the thefts of catalytic converters.

Michael Lake Lewis, 29, of Vidor is being held on $7,500 bond on a charge of evading arrest/detention with prior conviction.

Timothy Bryan Claypool, 32, of Vidor and Bo Bryan Holder, 33, of Beaumont are both held on $2,500 bonds for evading arrest/detention according to the Jefferson County Correctional Facility.

Beaumont police responded at about 1:11 a.m. Saturday to Dragon Industries, 1655 Louisiana, in reference to a suspicious vehicle near the business.

Officers arrived on scene, and three men reportedly ran from the area.

Police apprehended two of the three men and then set up a perimeter for a K-9 to assist.

The K-9 located the third subject.

Officers located tools commonly used in catalytic converter thefts when they checked the area, according to information from BPD.

All three people were arrested for evading arrest/detention and were taken to the Jefferson County jail without incident.