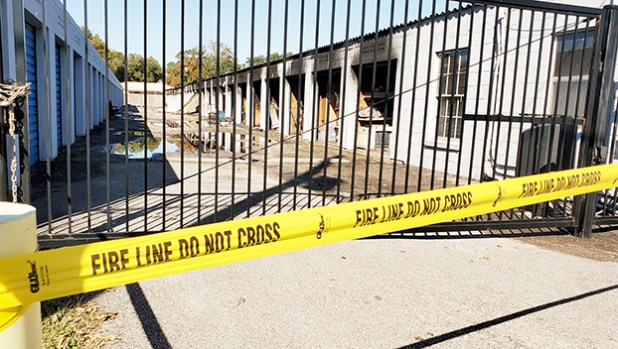 A majority of the 60-unit building is a total loss. (Mary Meaux/The News) 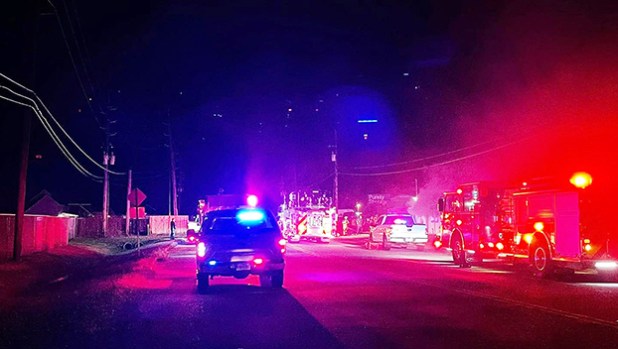 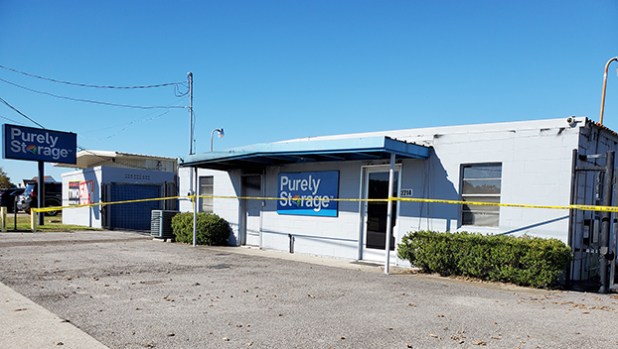 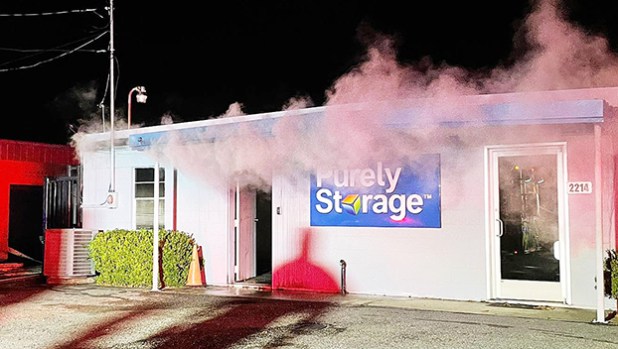 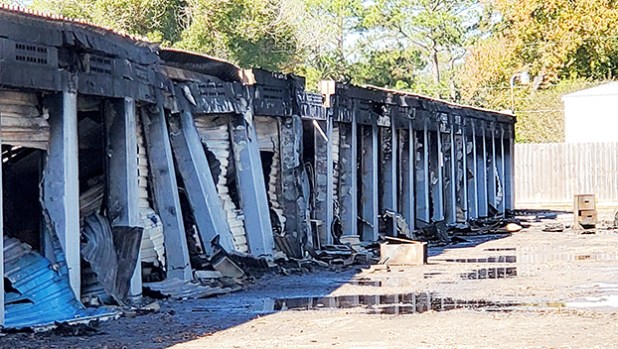 A view of a section of the units shows the damage from Saturday night’s fire. (Mary Meaux/The News)

CENTRAL GARDENS — A Central Gardens woman was at home Saturday night when someone started beating on her door.

The visitor was a sheriff’s deputy telling her there was a fire at Purely Storage, which is adjacent to her house, and that she needed to evacuate.

Myra Umphrey recalled hearing popping similar to fireworks prior to being alerted of the fire. She made it out safely and ended up staying in a motel overnight.

Jefferson County Water District No. 10 Volunteer Fire Department personnel responded to the fire in the 2200 block of Spurlock Road at 9:21 p.m. Saturday. When they arrived, there were flames and smoke coming from the rear of the multi-unit storage building.

“You name it, it was in there,” Wood said of the contents of the units. “Lawnmowers, lawn equipment, propane tanks, acetylene tanks. This was a very dangerous fire.”

Wood said 30 firefighters were on scene and extinguished the blaze. Seven hand lines, or fire hoses, were used to battle the fire. No injuries were reported.

As Umphrey went down the road to safety, she called her next-door neighbor and learned the woman was still in her home and no one had asked her to leave. The neighbor recently underwent hospitalization and rehabilitation and used a walker to get around.

Umphrey returned to the scene but by then first responders blocked the roadway. She was told she couldn’t reenter and said she was frustrated at communications issues between the entities on scene.

She eventually was able to get to her neighbor and they drove to a nearby dance studio, but by then the smoke was billowing in that direction.

They left that area and went to the C.O. Wilson Middle School area for a while before going to a motel overnight.

The fire did not impact her home and garage, but both have a strong smoke smell inside. She is using air purifiers and charcoal bags to absorb some of the smell, she said.

Yellow tape with “fire line do not cross” was strung across the front of the property to bar entrance by Monday.

Wood said he was at the scene 16 hours and toward the end of the time out there he began to encounter people walking up asking about their property.

“It’s sad. A lot of people lost everything in that storage unit,” Wood said.

The major damage appears to be in the center units behind the office area. The doors to many units in that section were open or appeared to have been cut open. Soot from the fire blackened the units, and at the back there appeared to be structural issues.

Wood said authorities found what they believe to be the point or origin of the fire. And while it does not appear to be suspicious, it remains under investigation.