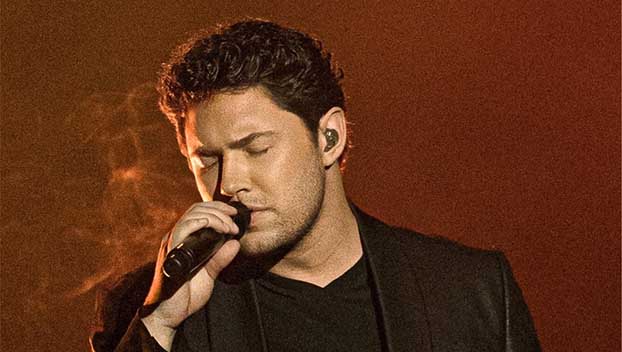 Daniel Emmet, who performed on “America’s Got Talent,” will join the Symphony of Southeast Texas in Port Arthur next month. (Courtesy photo)

“America’s Got Talent” finalist Daniel Emmet will not only be performing for the community for free, but will also be providing vocal coaching to students from the Port Arthur Independent School District while in town.

“We’re just so excited that he has agreed to come and also work with our students,” said PAISD Superintendent Mark Porterie. “What an experience they will have working with someone who has been on ‘America’s Got Talent.’”

Emmet’s performance is part of the Home for the Holidays concert, which will feature the Symphony of Southeast Texas. The event, which is scheduled for Saturday/Dec. 3, is a partnership of PAISD and Motiva Enterprises.

“We’re excited to once again partner with the Symphony of Southeast Texas in order to bring this wonderful performance,” Porterie said.

According to his biography, Emmet performed on the show in 2018 and “is best known for taking on the ‘impossible challenge’ levied by Simon Cowell to learn a brand new song in Italian in one hour and then perform it live on national television.”

In the finale, Emmet performed a duet with Spanish opera singer Plácido Domingo.

The Symphony of Southeast Texas was formed more than 70 years ago as the Beaumont Symphony Orchestra.

Current maestro Chelsea Tipton was appointed in 2009 and has since led the approximate 70 musicians from Southeast Texas and Southwest Louisiana in annual performances at the Julie Rogers Theatre for the Performing Arts.

Symphony members also include Lamar University faculty members and students, the latter of which are eligible for scholarships.

The Board of Directors includes 70 people from civic and business sectors in the Golden Triangle.