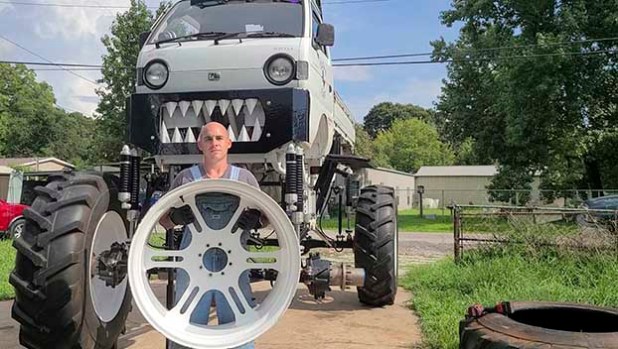 Craig Meaux with one of the rims of his custom built truck. (Courtesy photo) 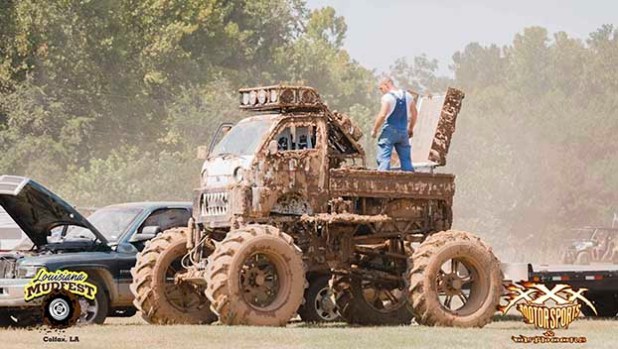 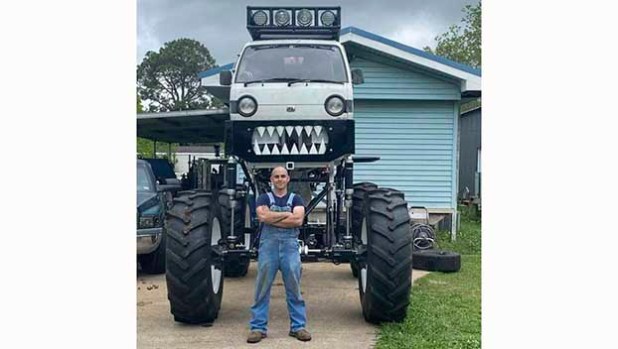 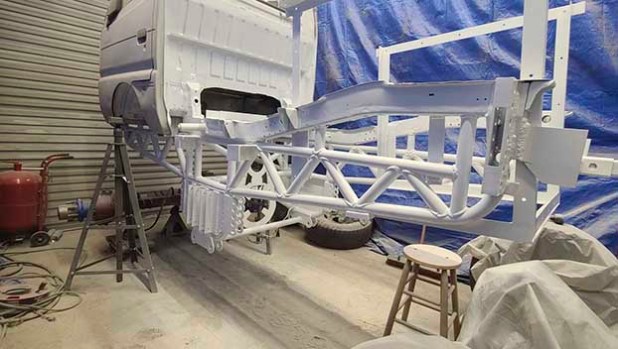 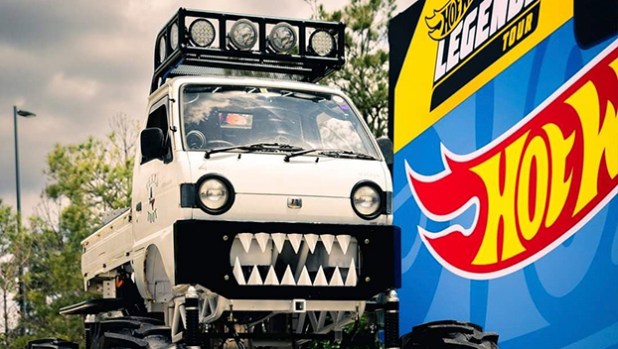 Growing up going mudding and off-roading left Craig Meaux wanting to own his own monster truck.

With an innate drive to create things, Meaux set out to build his own.

“I built the truck for myself. I didn’t build it for anyone else. I wanted to build something that no one else had,” said Meaux, a 2009 Nederland High School graduate. “I looked around and found the smallest truck and put the biggest wheels and motor on it.”

There were many more modifications that went into creating Texas Toot and by Fall 2023, Hot Wheels fans can own their own miniature version of the truck that was named winner of The Hot Wheels Legends Tour 2022.

Meaux built the truck from the ground up. The truck still has the original body and frame from an Autozam Scrum with a steering wheel on the right side, he said.

Meaux said the front of the truck always looked like it had a set of eyeballs and he wanted to make the front bumper look like a mouth but wasn’t sure how.

More than a decade had passed since Meaux did some welding, so he brushed up on his skills and went to work.

“I actually built each tooth and set them in and welded them,” he said. “I didn’t know how to bend tubing but I pretty much learned.”

Growing up he wasn’t able to afford to have his vehicles worked on so he learned what to do, he added.

Meaux has a photo of him on the steps of the lofty vehicle, a feat made easy with his installation of an electric winch to bring the steps up to the door of the more than 11 feet tall truck.

The announcement of the winning truck was made Nov. 9.

According to information from Hot Wheels, the Hot Wheels Legends Tour chooses one custom built car to be immortalized as a Hot Wheels die-cast and will be sold worldwide.

The event is hosted by Jay Leno’s Garage, and “an expert panel of Hot Wheels designers, special guests and global judges” determines who earns the ultimate prize.

“My whole story matched up,” he said.

Before he even began work on the truck, he built a 16-by-48 shop by himself to be able to build the truck.

Then he found the truck and turned it into the monster truck that was “something Hot Wheels loved.”

Since the winner was announced, he has received calls from all over and has already been in a Japanese magazine with Texas Toot.

When it came to naming the truck, he said he knew he wanted “Texas” in the name since it was built here.

“Toot comes from a train horn,” he said, because he added some real train horns to the truck, hence Texas Toot.

After having served as a volunteer firefighter and being from Southeast Texas, he knows the importance of high water vehicles. He plans to fix up his truck’s trailer so it can be used with the truck for high water rescues.

“I love helping the public and helping out,” he said.

He also plans to bring the truck to various events so others can see it.

And he also wants to bring the truck to some mud bogs and burn out competitions.

“This is like a lifetime trophy,” he said of the upcoming Hot Wheels truck patterned after his own. “That way everybody can have their own Texas Toot toy to play with.”