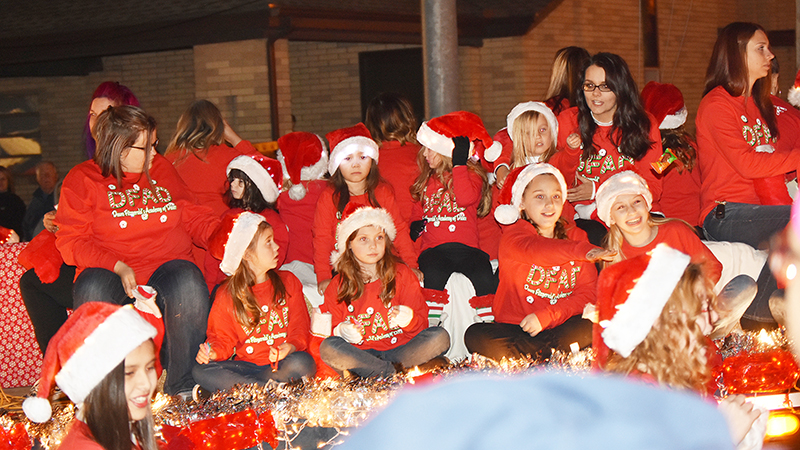 “We’re not wanting to control things; we’re just so concerned,” said Diana LaBorde, president and CEO of the Nederland Chamber of Commerce and Tourist Bureau. “We’ve seen a lot of near misses.”

The misses referred to involve children running into the street to grab candy or other items tossed from floats, prompting officials to make the following adaptations this year:

Only float walkers can throw or hand out candy or items. Individuals on or in a float, vehicle, golf cart, etc. will not be allowed to throw anything into the crowd. However each entry is allowed as many float walkers as they want, as long as they are 16 and older.

The only exception will be Santa Claus, who will throw candy behind his sleigh. Santa is the last float. Those who leave before seeing Santa have likely fallen into a gap.

“Several floats have to stop because people get too close, it creates gaps and then people start leaving,” LaBorde said. “That creates an entirely different safety problem.”

Nederland City Manager Chris Duque said people also run across the street during these gaps, and then attempt to run back, create an additional gap.

“We met with the Chamber leadership – they have a committee that is assigned to the parade,” Duque said. “We met with them Tuesday — the police chief, fire chief and myself — and we discussed various safety issues we’ve all seen in the last several years and how things have gotten much more chaotic.”

Duque said the new safety precautions are unfortunate but necessary.

“The priority has to be for the safety of the people viewing the parade and participating in the parade,” he said. “And when you have issues regarding sound judgment and the common sense not to run into the street in the middle of the night, we have to adapt.”

The annual event has been a longstanding tradition in the city.

“We’ve been told — and we don’t know if this is true — that we now have the largest lighted Christmas parade in Southeast Texas,” LaBorde said. “We love that so many people enjoy it. It’s just gotten so dangerous that we’re on pins and needles all night.”

The Chamber CEO said last year she was sent two videos of the parade that “literally looked like a snow plow having to go through a sea of people.”

Officials expect blowback, but LaBorde said she’s had as many requests from residents asking that candy not be thrown at all.

“Safety has to be our priority,” Duque said. “A five cent Tootsie Pop is not worth your life.”

Floats line up on 21 Street near Central Middle School, proceed to Nederland Avenue, turn onto 12th Street, turn again on Boston Avenue and end at the school.