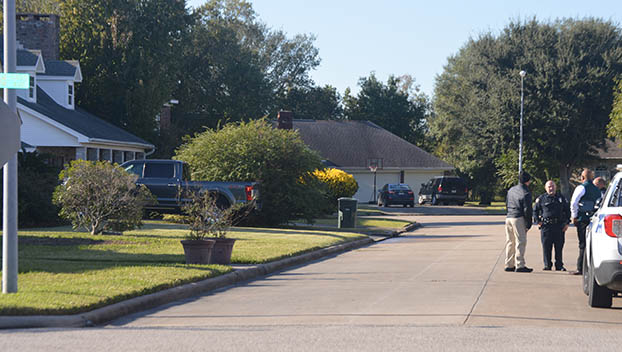 A preliminary autopsy report in the death of a retired firefighter who was shot Thursday has been released.

Charles Quisenberry, 61, died from a gunshot wound to the chest.

The bullet entered the chest from an indeterminate range, according to the document that was released by Justice of the Peace Marc DeRouen.

Quinsenberry was shot while outside of his home in the 8000 block of Tom Drive at approximately 1:10 p.m. Thursday. Neighbors heard the gunfire and alerted police.

A man allegedly involved in the shooting is cooperating with law enforcement.

Port Arthur Police Detective Sadie Guedry said the man, whom she did not name, stayed at the scene and waited for police to arrive.

A call to the alleged gunman, who is a retired Beaumont police officer, was not returned by Friday afternoon.

No arrests have been made, but the investigation is still ongoing, Guedry said Friday.

Sergeant Ahmaal Bodden was at the scene Thursday and said there had been some sort of dispute or disagreement prior to the crime.

The victim was taken to the Medical Center of Southeast Texas, where he later died from the gunshot wound. Quinsenberry served with the Port Arthur Fire Department for 30 years having hired on in 1980 and retired in 2010, according to an official with the department.

He spent a part of his career on the ladder truck and for a period of time worked as one of the department’s arson investigators. He spent 16 years as a battalion chief.

A woman who lives in the street said she has been a neighbor to the victim since 1992. While she doesn’t know what transpired, she called it a “sad day.”