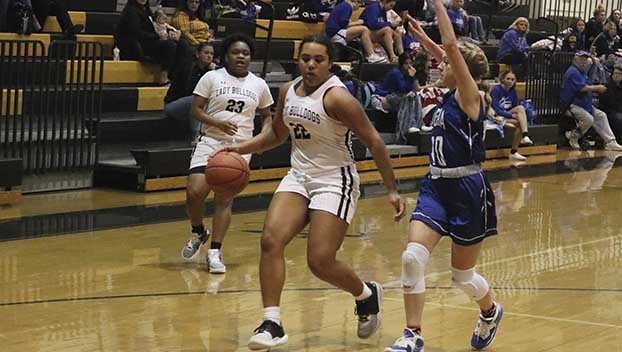 NEDERLAND — The Nederland girls basketball team is kicking off the season by hosting a tournament at The Dog Dome.

The tournament tipped off Thursday and runs through Saturday.

The Bulldogs, who missed out on the playoffs last season, hope to refine their game during the tournament in preparation for the long season. Nederland entered the tournament with a 35-29 win over Kelly Catholic High School.

“It is always good to be back in the gym,” Head Coach Jody Walker said. “I hate that football ended so early, but I get to give my full attention to basketball and get the girls going. I feel real good about it.”

“We have five seniors on the team, three returners,” he said. “We have a lot of young girls that I am really excited about. We have three four-year starters in Ava Wiltz, Maggie Baker and Sydney Nelson. They will be the ones we lean on, but we are looking for some of the younger ones to step up.”

Nelson played predominantly in the post for the majority of her time at Nederland. While she will still get a fair share of looks from the paint, Walker has played Nelson more in the small forward role to help get mismatches.

“I’ll dribble, but I feel like the paint is more my home,” Nelson said. “I prefer being in there, but I’ll do anything for the team.”

The Bulldogs have relied on solid defense to carry them early in the season as the offense tries to catch up.

“We have had a pretty good start, but I am expecting us to get a lot better,” Nelson said. “We will get it. We are working hard in practice. I think we will steadily get better and be ready for district.”

Baker, who reprises her role in the backcourt, said the team’s goal is to return to the playoffs.

The Bulldogs start district play Dec. 13 in a home game against Baytown Sterling. They will play PNG on the road later that week.

Walker said he has some games circled on the schedule and he is anxious to see how his team stacks up, but declined to say which teams.

After this weekend’s tournament, Nederland hosts Little Cypress-Mauriceville at 12:30 p.m. Tuesday at the Dog Dome. 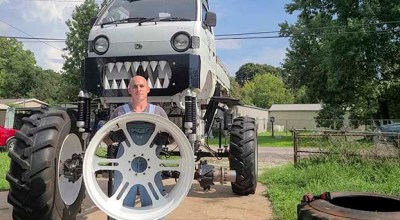