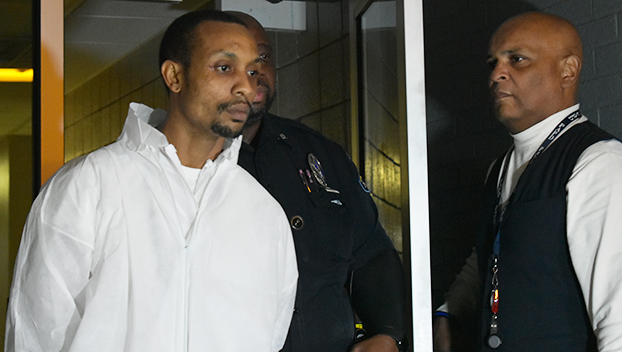 Larnell Mosley was sentenced to 60 years Thursday for the 2020 death of Jose Ray Riojas. He is shown pictured following his initial arrest. (Mary Meaux/The News)

BEAUMONT — A Port Arthur man was sentenced to 60 years in prison for the 2020 death of a man at his home.

Larnell Mosley, 34, was found guilty in the shooting death of Jose Ray Riojas, 35. 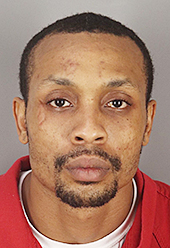 The trial was held this week in the 252nd District Court with Judge Raquel West presiding.

The verdict and sentencing was Thursday.

Mosley and another man went to Riojas’ home in the 4500 block of Sunken Court on Jan. 22, 2020. When Riojas opened the door, Mosley raised a handgun and began firing at the victim.

Mosley and a co-defendant fled on foot to their vehicle, which was nearby and left.

Port Arthur police obtained surveillance video that reportedly showed a light colored Lincoln Navigator passing by the residence. Witnesses confirmed this was the same vehicle parked near the residence at the time of the killing, according to an arrest warrant.

During the trial earlier this week, the widow of Riojas told of seeing a person at the door that day wearing sunglasses, though it had been raining and overcast.

She said it was initially a surreal moment and she thought something was not right so she ran and told her husband.

He was shot moments later.

While Riojas was at the door, his wife went to their children and had them hide under the bed and not come out, she testified.

She also spoke of the blood on and around her husband; she tried to talk to him but he was unable to respond. He soon died from his injuries.

He left behind a wife and five children.

A codefendant in the case, Jeremy Roy, will be tried at a later date.