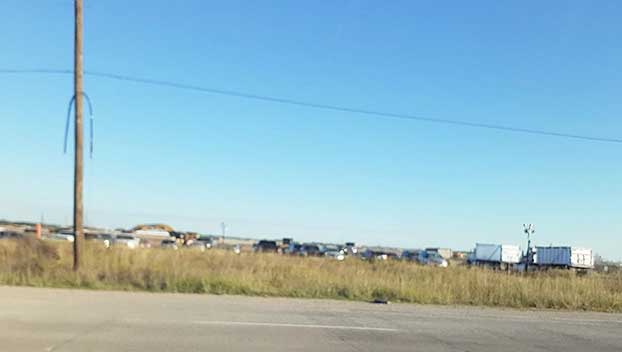 Chevron-Phillips’ current work in Orange County was classified as a “land-improvement project,” before this week's news.

The company bought more than 2,000 acres of land between the Orange facility and Texas 87 in 2019 after announcing the city as a finalist for the project.

“It feels great to finally have it official and that we can talk about it in that capacity,” Orange County Judge John Gothia said. “We have been waiting on that announcement to come. There has been a lot of work to get it to here. It is really exciting for the community and the growth it is going to bring to the county.”

The $8.5 billion integrated polymers facility in Orange is expected to produce more than 500 full-time jobs, approximately 4,500 construction jobs and generate an estimated $50 billion for the community in residual economic impacts.

“The impact is going to be far reaching beyond the economic benefits you get from bringing that many people into your community,” Gothia said. “It makes everything else have to grow. You need more restaurants, more retail, more homes and everything that it takes to support 6,000 extra people in your community. It drives a lot of growth for us that we have been waiting for a long time to get here.”

The project falls in Precinct 3, which is represented by Commissioner Kirk Roccaforte.

The judge said local businesses and the county have been bracing for the news for several years.

“I think when you have something of this size, you are going to have to have improved infrastructure to support it,” Gothia said. “Those conversations are already going on with (the Texas Department of Transportation) and different people about traffic and how we are going to move that amount of traffic. Those things have already been taking place behind the scenes. On the building side, home developers and builders have been getting ready for this kind of expansion for new homes for these people to live.”

Roccaforte said most of the infrastructure plans revolve around the plant site.

“I think there will be some growing pains involved with it,” he said. “There will probably be some inconveniences to people. I think down the road, for the future of Orange and Orange County, it is going to be really great.”