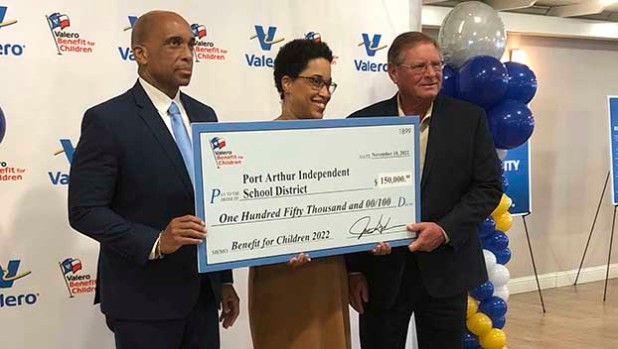 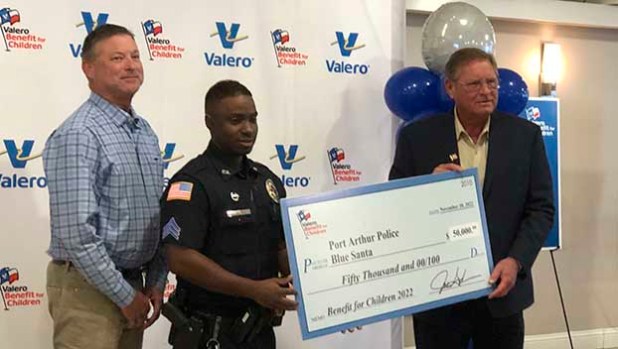 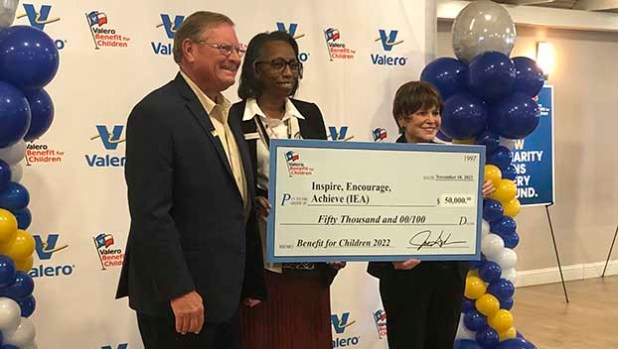 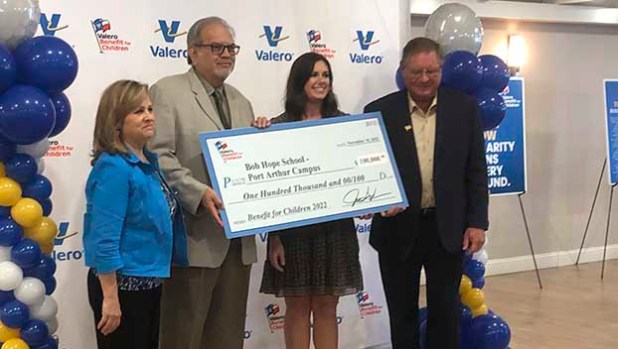 The annual tournament generated $22 million that was distributed among the multiple communities Valero serves, including Jefferson County.

“Valero is proud to partner with the agencies we have with us today, and we know each of you are taking the right actions right now to positively impact children’s lives,” said Mark Kobel, Valero vice president and general manager, during a Thursday grant reception at The Pompano Club in Port Neches.

“We’re fortunate to be part of it, and it’s our privilege to support your agencies that serve children here in the Golden Triangle. Where the rubber meets the road, you’re doing all the work out there and we’re just happy to be able to support you.”

Among the winners was the YMCA of Southeast Texas.

“To ensure youth continue to be active, engaged and thriving members of society, the Y nurtures their development — from birth to career, from programming and experience and sports,” said Carol Hebert, public affairs manager. “The Benefit for Children grant they’re receiving today will be used to support the Y’s after school program and their summer day camp, as well as their outdoor adventure and recreation services.”

Bob Hope School, which begins teaching string musical instruments to children beginning with the violin in the second grade and in fifth grade introduces them to other string instruments, received $100,000

“There’s about 100 middle school students that are enrolled in the strings program, but more could be enrolled if they had additional instruments available,” Hebert said. “The also now have a mariachi band, and that is in need of instruments to have a full band experience. So this Benefit for Children grant will be used to purchase nearly 100 instruments for their strings, mariachi and band programs.”

“One little plug, we need mentors for outreach,” said Regina Rogers. “We need lots of role models. Thank y’all so much.”

The 12 agencies that received grants are:

Business partners for the grant initiative were: