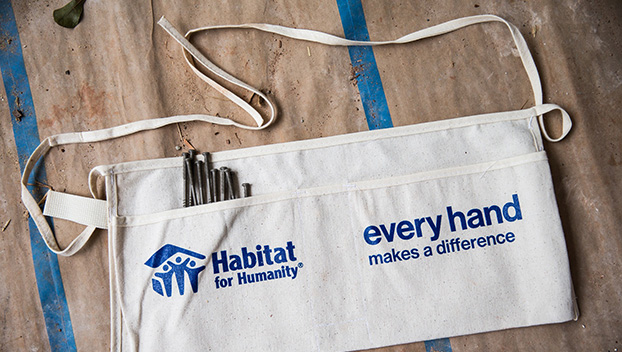 Habitat for Humanity of Jefferson County received the grant from Lowe’s to help complete 12 Housing Plus efforts in Jefferson and Orange counties.

Elise Fulton Smith, Habitat for Humanity of Jefferson County executive director, said the grant from Lowe’s ensures Habitat is able to successfully do this for more homeowners in Jefferson and Orange counties.

“We are thankful for this partnership and the positive impact that it will have on our community,” Smith said.

Under the Lowe’s grant, Habitat for Humanity of Jefferson County performs repairs and modifications to homes of senior citizens. These projects range from fixing plumbing issues to installing ramps and grab bars with a goal to improve the homeowner’s quality of life by increasing independence as they age at home.

Officials said access to quality, affordable home repair and modification services continues to be out of reach for low to moderate-income households across the nation.

“With the support of this funding, Habitat for Humanity of Jefferson County will be able to further its efforts of helping families in the Golden Triangle address critical health and safety issues in their homes,” a release from Habitat said.

As the sixth oldest affiliate, Habitat for Humanity of Jefferson County has built over 122 homes and completed countless repair projects. For more information on the local affiliate, visit beaumonthabitat.org.

The funding is part of Lowe’s partnership renewal with Habitat for Humanity that includes a donation of $2.5 million to support 100 local Habitat organizations undertaking home repair and rehab projects across the U.S.

Lowe’s and Habitat began their partnership in 2003. Since then, Lowe’s has supported many of the global housing nonprofit’s efforts, including the Women Build Program and Habitat’s Neighborhood Revitalization program.

About Habitat for Humanity

Since its founding in 1976, the Christian housing organization Habitat for Humanity has grown to become a leading global nonprofit working in local communities across all 50 states in the U.S. and in more than 70 countries. Families and individuals in need of a hand up partner with Habitat to build or improve a place they can call home.

Habitat homeowners help build their own homes alongside volunteers and pay an affordable mortgage. Through financial support, volunteering or adding a voice to support affordable housing, everyone can help families achieve the strength, stability and self-reliance. To learn more, visit habitat.org.