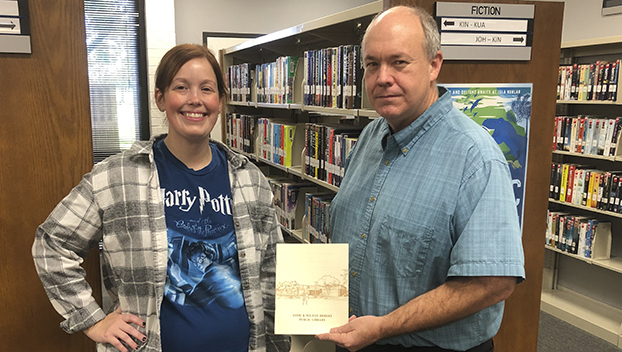 PORT NECHES — Members of the Effie and Wilton Hebert Public Library will soon host a 40th anniversary celebration for a building that almost didn’t come to be but instead opened up a multitude of avenues for the City of Port Neches.

Prior to its current location, which opened in 1982, the public library was located in the building that is now the Port Neches Police Department.

Virginia Rhone was then the director of the library.

“Virginia had come in during that, and during her time they improved their circulation checkouts by double, the collections were really growing and they were in danger of losing accreditation with the state library because they weren’t able to keep up with the needs for services,” said Library Director Mark Durham. “They managed to gain the support of the public to secure some funding for the new building, and they started putting that into play.

“Then everything kind of went on pause for a little while, because there was about a year’s span of time there with some public objection over how the funding was coming about.” 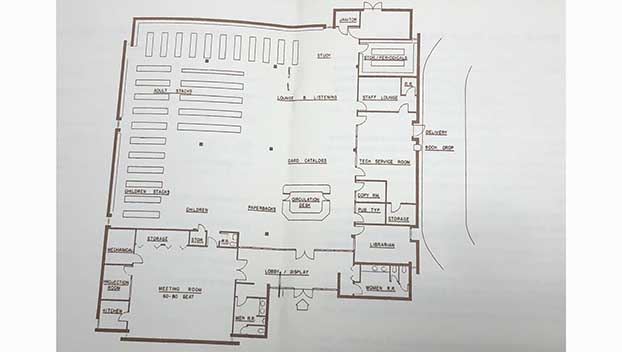 Some residents wanted the construction of a new building to go before voters, while others preferred it be decided by councilmembers.

Ultimately, it was placed on a ballot.

However, a private donor who was to supply a third of the nearly $700,000 needed to construct the building was known as a private person and didn’t want his contribution to become public knowledge, according to news articles from that time.

So Wilton Hebert withdrew his offer. However, after voters approved the construction, Hebert gave his donation and earned the naming rights to the building.

“It was quite the controversy at the time,” Durham said. “But in the end, it all worked out.”

And because the library freed up a city-owned building, other entitles had space to move around.

The original building was 10,450 square feet and included typing rooms with padded walls, as well as a space for listening to vinyl records. Members of the senior center volunteered to help construct shelves. 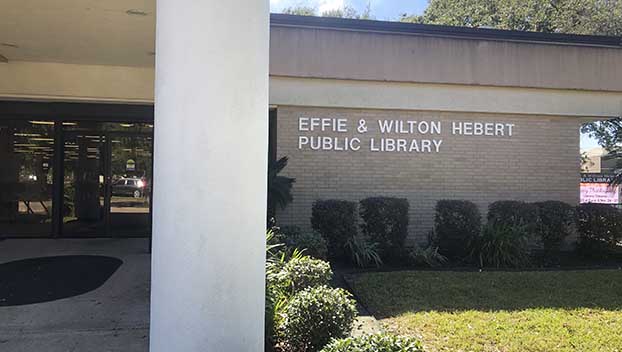 “It wasn’t that long after they moved in that they began working on electronics, digitizing the catalog,” he said.

About 12 years later, staff secured the funding to add on what is now the reference section and the children’s wing.

And even though the official opening date was Nov. 12, 1982, library officials are hosting their celebration Nov. 14.

“We’re going to blow up some pictures of the older buildings, and put some history out there,” said Chelsea Moore, adults program coordinator. “We’ll have a little sign-in booklet. And we’ll either purchase cupcakes or buy prepackaged cakes for people to come and take. It’s not so much a birthday party, but it is a celebration.”

The display, which will include the original shovel from the groundbreaking ceremony, will be up all day for patrons to stop by when possible.