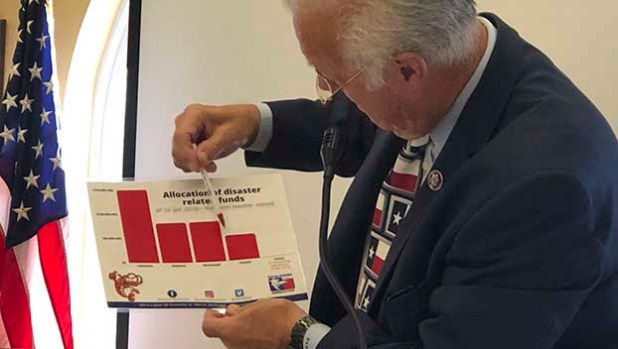 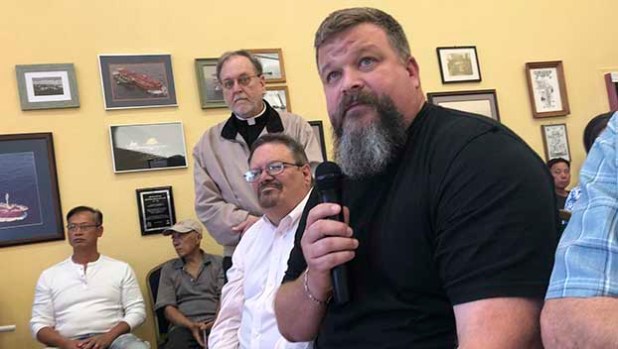 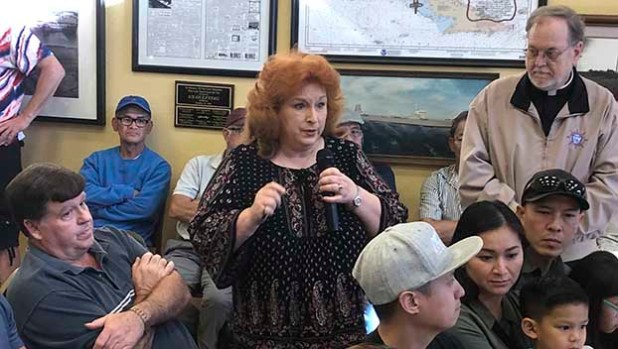 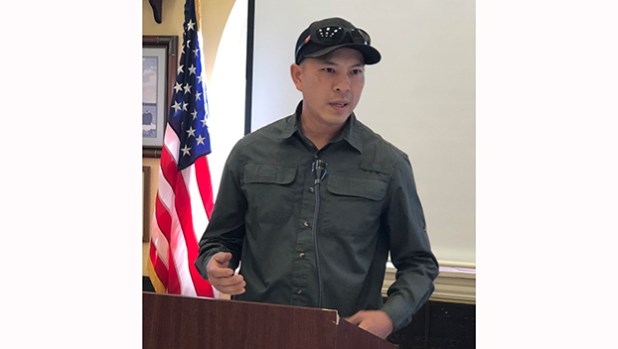 Binh Hahn, a shrimpboat operator, spoke on behalf of the shrimpers and the challenges they're facing. (Monique Batson/The News) 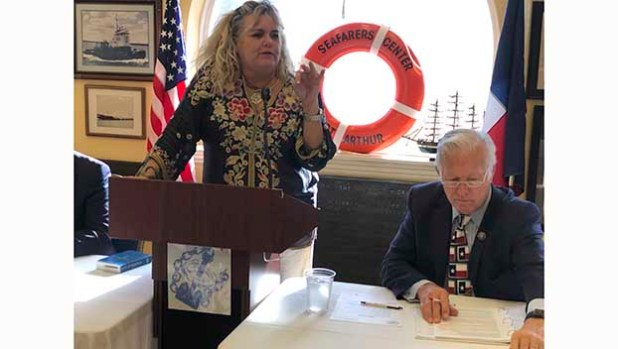 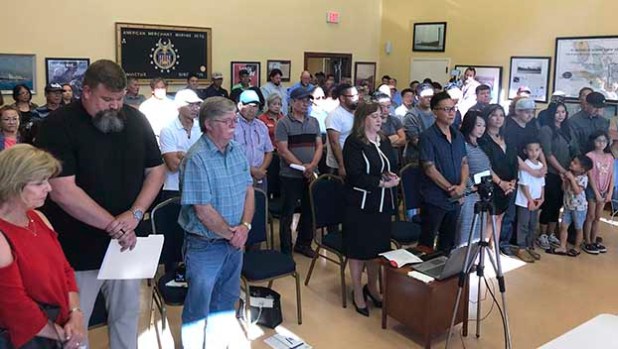 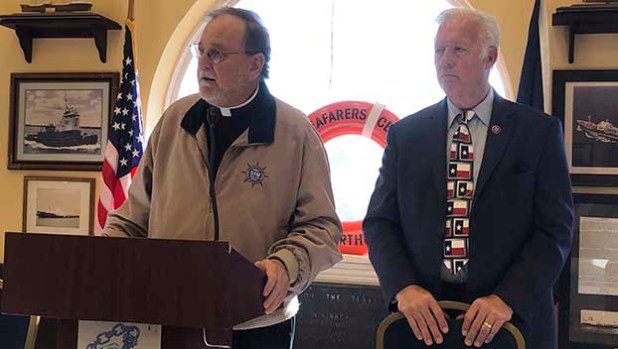 Unprecedented was the word Trey Pearson used when describing the challenges faced by the shrimping industry.

“We’ve never seen fuel prices where they’re at today…and we have an import problem,” said Pearson, who is the president and general manager of JBS Packing Company and serves on the board of the Texas Shrimp Association and American Shrimp Processors. “I’ve never seen imports come in at the rate we’re doing.”

He spoke Monday to a room that filled every chair, lined the walls and spilled out into the lobby at the International Seafarer’s Center in Port Arthur in physical presence of U.S. Rep. Randy Weber, city and county officials, and representatives from the office of Senator Robert Nichols on Zoom.

“We’ve been able to make it in the past because the boats were able to catch enough product to offset the cost of the fuel and the rising costs that we’re experiencing,” Pearson said. “And it was OK this year to a point. When the catch slowed down (and) the fuel started surpassing it, there was no way to keep up with the pinch in the middle.”

The Monday meeting was to address the issues pressing against the shrimping industry — primarily fuel costs and imports.

“We have the fuel issue,” said Andrea Hance, executive director of the Texas Shrimp Association. “The other issue we’ve had to deal with over the last 20-30 years is the flood of imported shrimp. That has just about killed our industry.

“For some reason the imported shrimp that floods our market is increasing quite a bit this year, and I think we’re on track to almost hit…2.2 and a half billion pounds of shrimp that’s flooding our market. Now compare that to the Gulf domestic fishing industry, we produce about less than 140 million pounds. So we’re a small segment of that shrimp.”

Hance said imported shrimp is necessary, as the U.S. alone can’t meet the demand. But there have been other challenges.

“(The cost of shrimp is) high because they bought during COVID times like it would never end,” Pearson said. “When everything was shut down, the grocery stores really did well. But they bought at a pace like COVID was going to last another two or three years. Now they have product that are at levels that are so far past where we’re at today, they’ve averaging down or they’re not buying until they move out the product.”

“We’ve been in the industry since 1975, and for most of us…this is all that we know,” he said. “This is our sole source of income to provide for our families. We can’t afford the fuel costs versus the shrimp costs, so we’re going to wait it out.”

Hahn said he just had his boats return after nearly two months at sea and was upside down in cost.

“You see the docks,” he said. “You see the boats are tied up. And we’re hopeful. I want to speak on behalf of the Vietnamese community. We’re here seeking guidance from our leaders wanting to know if there’s a plan for us and if we’re still part of that plan.”

Hance has had to face the opposite.

“My husband basically makes the decisions on whether or not to send the boats out, but I’m not about to spend $100,000 on a boat that’s uninsured,” she said regarding fuel costs. “I’m just not going to do it. In fact, right now our two boats are tied up and we just let go of our crew. Fifteen years. Great people. But we just let them go the other day and that’s heartbreaking.”

Weber took notes during the meeting and spoke after to address the crowd and answer questions.

“Folks, something is wrong with this picture,” he said.