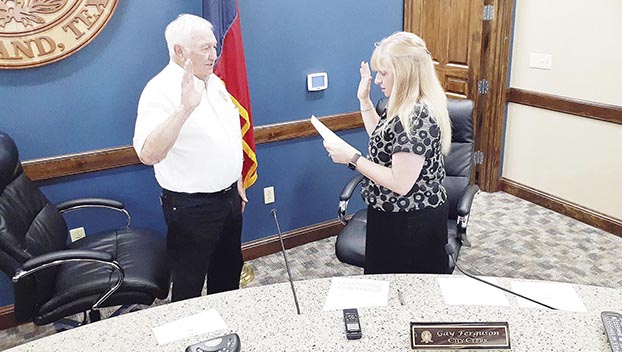 Mayor Don Albanese receives the oath of office from Nederland City Clerk Gay Ferguson. in May of 2022. (Stephen Hemelt/The News)

Nederland officials announced, Saturday morning, that the City is deeply saddened by the passing of City Clerk Gay Ferguson.

Ferguson cared deeply about Nederland, the mid-county area, her family and her friends; she considered every City employee as her friend and part of her family, a release from the city said.

“Mrs. Ferguson was an exceptional public servant and an outstanding colleague. She was respected and loved by her peers; she was a constant positive light and will be greatly missed. The City’s thoughts and prayers are with her family and friends,” a city statement read.