POLICE: Groves man on ATV was drunk with child passenger 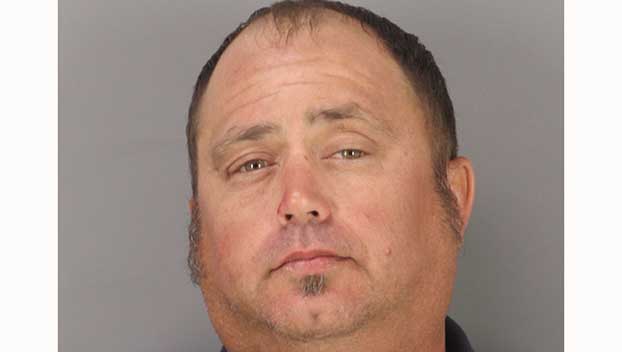 A Groves man could be facing up to two years in prison if convicted after he allegedly crashed an ATV with a child on the passenger side.

James Alan Baker, 39, was indicted this week by a Jefferson County grand jury on the state jail felony charge of DWI with a child passenger.

According to a probable cause affidavit, on May 5 at 6:30 p.m. Groves Police were dispatched to the 3900 block of Taft Avenue, where a side-by-side ATV was found lying on its side.

The responding officer wrote in his report that Baker, the driver, smelled of alcohol and was unsteady on his feet, disoriented and had bloodshot eyes.

A 13-year-old had been on the passenger side at the time of the single-vehicle wreck.

The driver told the officer he consumed two “normal size” alcoholic beverages at a restaurant, according to the document.

A field sobriety test was performed, during which Baker reportedly “did not have the normal use of his mental or physical faculties by reason of the introduction of alcohol into his body.”

A subsequent search of Baker’s person was performed, in which marijuana was allegedly found.

The driver refused to provide a blood specimen and was taken to a nearby hospital for treatment. Afterward, he was taken to the Jefferson County Correctional Facility, where blood was drawn by permission of a warrant.

As of Wednesday, Baker was not listed as an inmate in the Jefferson County jail.