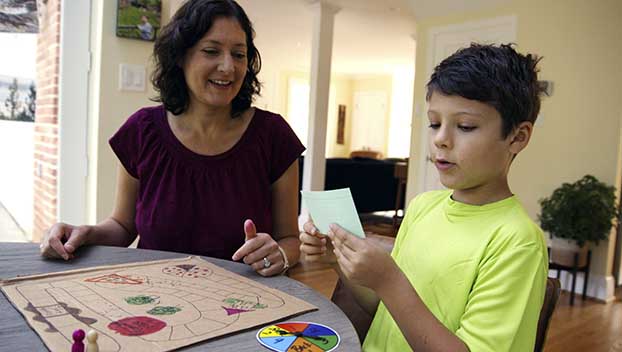 Jacqueline Davis knew her son, Madden, struggled with reading. But it wasn’t until COVID-19 hit and she became his teacher that she truly understood the severity.

“My husband and I did not realize that our son was dyslexic,” said Davis, a Port Arthur native. “We were talking with his teachers because he was so smart but kept struggling with reading, and they would say, ‘oh, he’s a boy, don’t worry.’”

But at a time when they were able to grasp the magnitude, there wasn’t a way to have him tested. Still, it wasn’t a problem that could be ignored.

So the graduate of Thomas Jefferson High School, who now lives in Washington D.C., began researching ways to teach children to read. And as she studied the science behind it, the idea came to turn her information into a game.

“Like so many of us during the pandemic, we were ordering things to our house,” she said. “So I started cutting up the boxes. I made 15 games and we played them every day. One day he said, ‘Mom, I know what you’re doing. You’re teaching me to read. But that’s OK because it’s really fun.’”

When Madden returned to school, his newly developed skills did not go unnoticed. His teacher questioned Davis on what she had done to improve Madden’s reading comprehension, and then asked if she could have one of the games for her class. 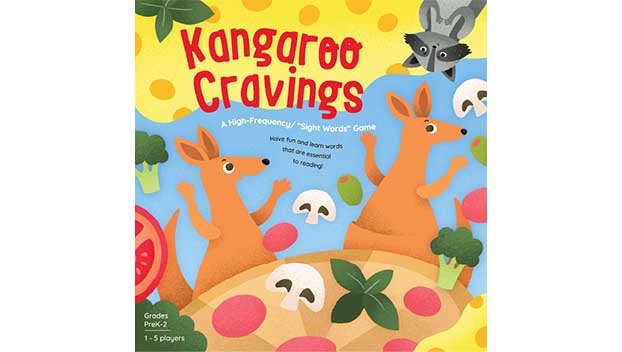 “I made games for the school, and a month later she said, ‘you need to give all teachers and all parents access to these,’” Davis said.

And soon, with the help of a Kickstarter campaign, that will be a possibility.

The crowd-funding site, as of Tuesday, raised more than $46,000 of the $50,000 goal to begin the manufacturing of Kangaroo Cravings.

“That will enable us to do the minimum first manufacturing of 2,000 games,” said Kimberly Strenk, Kickstarter campaign director. “Hopefully we’ll raise more than $50,000 so that we can increase our order to manufacture more games.”

Geared for ages 4-9, Kangaroo Cravings can be played alone or with up to six people.

It’s designed in a board game fashion to bring children off electrical devices and allow families to play together, Strenk said, adding they picked Kickstarter in order to allow the public to decide on the need for the product.

“Seventy percent of our children do not read at the critical milestone of third grade,” Davis said. “And we lost two decades of progress during the pandemic.”

Davis is in the process of creating her second game, Zap.

“I was so lucky when I was at Thomas Jefferson to have teachers like Doris Crisp, Jayne Smith and Maureen Burlicer, who made sure we learned how to write,” Davis said. “Thank God for those teachers, because to this day I write really well because of (them) and I’m ever, ever grateful.”

Kangaroo Cravings is a product of Davis’ non-profit Clever Noodle.

For a link to the Kickstarter and view a video on how Kangaroo Cravings is played, click here.