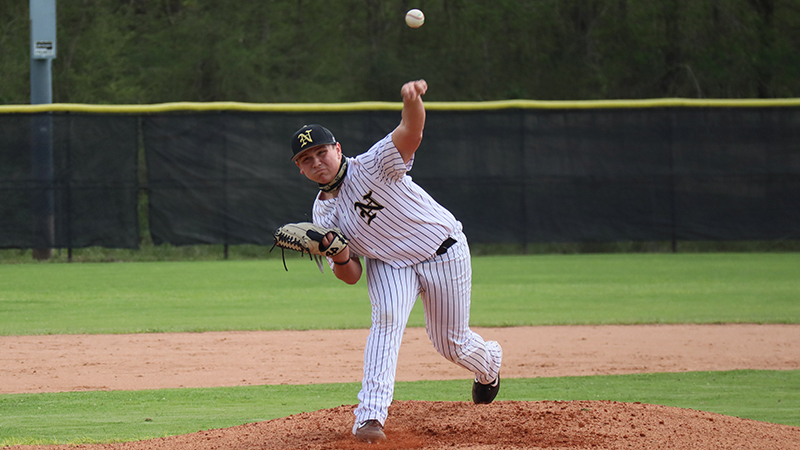 Nederland High School athletics will see some significant improvements by way of the Bulldog Booster Club.

The club secured a $50,000 donation for upgrades to the Nederland softball and baseball fields ahead of the spring seasons.

The organization also recently raised money to purchase volleyball uniforms and bags for the tennis team.

School Board President Micah Mosley said the booster club has more plans on to contribute.

“It is exciting,” Mosley said. “I think those guys are dreaming big. They have an ambitious vision. They are all 100 percent Nederland and how we can make the athletic program better.”

BJ Berry, the booster club’s president, said the experience has been humbling. He, along with Jereme Havard, Justin Romero and Clint Mitchell joined the board.

“We all have young children that are in school and we are going to be around for a while,” he said. “We wanted the booster club to have more of a presence in the community as far as outreach and getting people involved. We want people to have an understanding of what the potential is if we have help from the community.

Berry said the club will help out all school-sponsored athletic teams from 7th grade to 12th.

“We wanted to expand on what the club has done in the past and take on what we deem ‘special projects,’” Berry said. “We want to help in areas that have been outside the norm of booster club responsibilities. This year, the baseball and softball field needed some maintenance, and we were able to put together a proposal and had a very generous donor donate funds.”

The work will include infield and drainage upgrades to both fields.

“It is quite a big step, considering it has been a couple decades since any major work has been done on that,” Berry said.

The booster club president said the organization will also be able to hand out multiple scholarships at the end of each school year.

“We have already pulled the money aside to give a scholarship to a student athlete from each program at the awards banquet at the end of the school year,” Berry said. “We will have 18 separate scholarships that we will be able to give out. The amount will hopefully grow. For the first year, it will be a decent amount. I think several years back, they have given out one or two. Our mission is to reward these kids that have dedicated their high school careers to their academic and athletic endeavors.”

Berry said the group met a lot of short-term goals and has many more on the horizon. The recently passed school bonds are taking care of many of the needed-upgrades over the next years, allowing the club to narrow its scope.

“The stadium is good, and the gyms are being taken care of with the bond and are in pretty good shape now,” Berry said. “Tennis just got some wind screens on the fencing. Baseball and softball are the ones that need the most attention. Our next goal is to get the batting cages covered for softball and baseball. We also have on our agenda to provide awnings for the tennis players and stands on the tennis courts at the high school.”