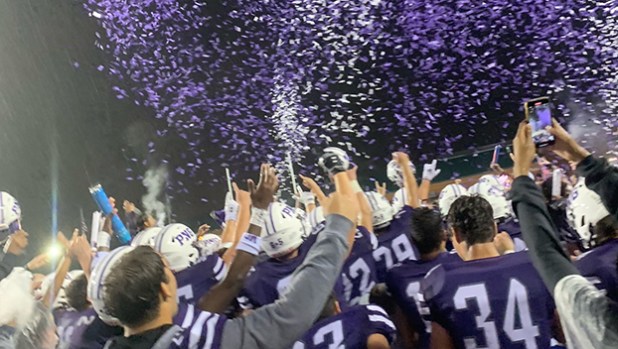 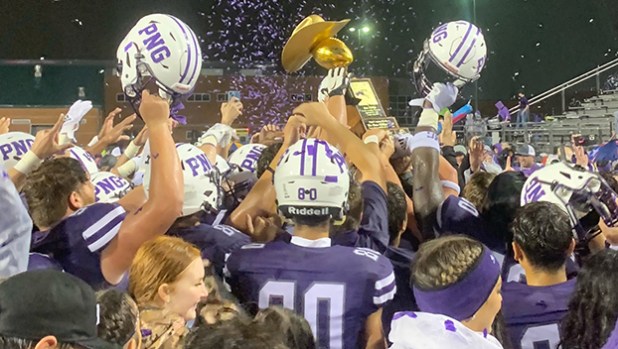 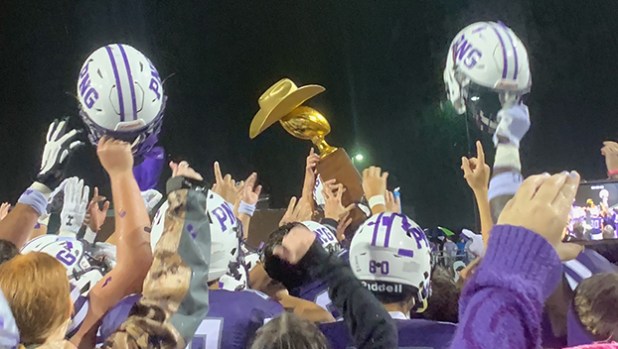 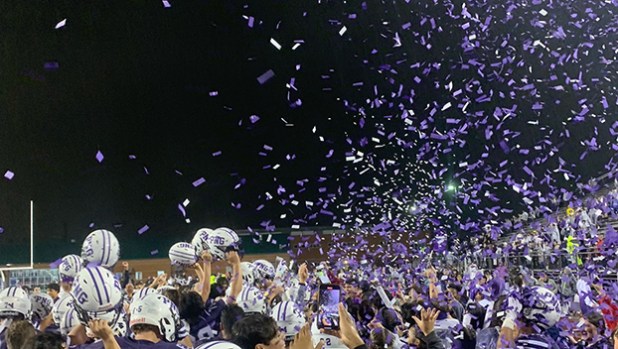 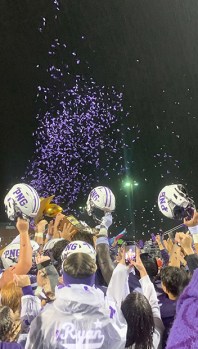 But they didn’t get ready for a monsoon.

“We probably should have prepared for it a little more than we did,” the first-year Port Neches-Groves head coach told Port Arthur Newsmedia on Saturday.

“We worked snapping a wet football everyday throughout the week because we knew there was a good chance that rain would be here. We probably should have done a little more throwing and catching wet footballs, but it is something that is hard to simulate with the rain falling in your face. Your hands are constantly wet and nothing is ever clean or dry. Snaps aren’t clean. It was rough.”

In the end, the Indians did what needed to be done in capturing the Bum Phillips Bowl victory by a tight 26-24 margin.

Joseph described the atmosphere as “awesome,” and fitting for a true “rivalry-type game.”

Despite entering the contest with a losing record, the Nederland Bulldogs matched their cross-county rival play for play and score for score.

Joseph credited the Bulldogs for being ultra competitive and playing extremely hard.

“When they had chances, they did a good job of taking care of the football for most of the game,” he said. “They didn’t get affected too much by the rain as far as fumbling the ball and putting it on the ground.”

Outside of the tremendous efforts exhibited by the players and coaches Friday night, plenty should be said for the families, fans and support members who lasted through the evening despite near constant wind and rain.

“We could hear the crowd, we could hear the band,” Joseph said. “They were loud and enthusiastic. The ones that were left were the ones with the most enthusiasm and cheering the loudest. It was fun, man. It was hectic. It was really madness with the weather, the rain and the crowd. It was pretty crazy.”

A little more than 12 hours after the game ended, Joseph said what sticks out to him was the way the Indians responded in the fourth quarter after a crucial turnover.

“We had things go as wrong as they could possibly go with a fumble, and they pick it up and go 60-something yards for a touchdown,” the coach said. “Then it comes down to crunch time, and we have to have it. We were able to lean on our seniors and our leaders. Chance (Prosperie), Cole (Crippen) and Landon (Guarnere) made huge plays. Our offensive line did a great job for us in that last drive in pass protection, giving Cole a good pocket to throw the ball out of. That was encouraging and something I knew was there, but it was great to see.”

With another chapter in Mid County Madness complete, the Bum Phillips Bowl Trophy goes to the engraver for the addition of a new year and new game score. And, as always, the classic rivalry continues.