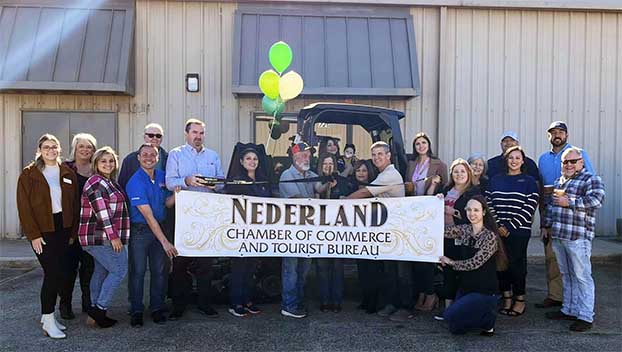 NEDERLAND — The idea for Swamp Frog Rentals was born five years ago. But as industries in Southeast Texas prepare for billions in expansion projects, opening the business came at an optimal time.

The difference, he said, is that the company offers something not easily found in Southeast Texas.

“Utility vehicles — there are a lot of companies that rent those,” he said. “But we also rent them on tracks for areas that are marshy, soft ground and muddy ground. Nobody else rented that.” 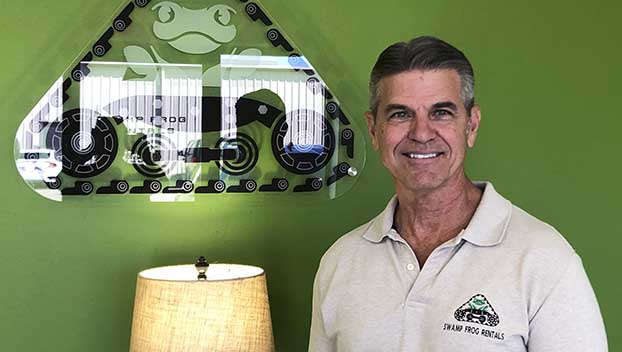 Doyle, who owns the business with brother-in-law Royce Robbins, retired from refinery work prior to opening the rental company in May.

“I enjoy it. It keeps me busy,” he said. “My brother-in-law has a full-time job; he’s an electrician. But he still works with us.”

And on Wednesday, there was visible proof that moving from retirement into utility vehicle rentals was a lucrative move.

The idea came from Doyle’s son-in-law, who has experience in rental companies.

“We would have pipeline customers that would request mud tires on the machines, because the right-of-ways are too muddy, so they’d get stuck in them,” Joshua Ancelet said. “Regular rental companies aren’t going to invest the money in that, because they don’t want them (possibly) getting torn up with the mud tires. So that’s when I had the idea of, ‘why don’t we put tracks on them? Then they can go even further on them than with just regular mud tires.’” 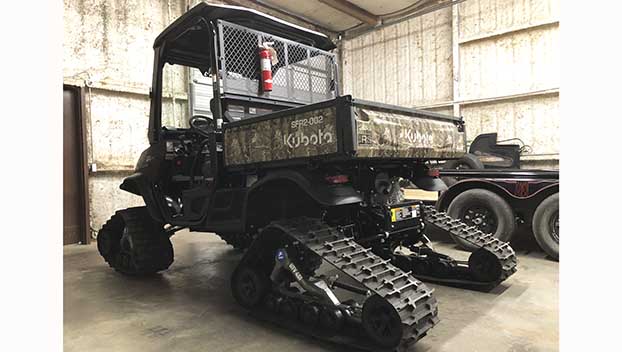 The thought first came to him in 2017, but sat dormant until this year.

“A lot of dust and dirt builds up, so they use these water trailers for dust control,” Doyle said. “They have water sprayers on them. They’re also used for firefighting. They come with a fire hose with a nozzle.”

On Wednesday the company celebrated a ribbon cutting with the Nederland Chamber of Commerce.

“It was so nice, and there were so many people,” said Cindy Doyle, Mike’s wife. “We did an Adopt an Officer, where people can pick names off of a board, and it had a little prayer on it. Several of those were taken. And they have a name, so they can clip it to their visor and say a prayer for an officer every morning when they take off. We just want to support the community.”

Next they plan to do the same for firefighters.

“Everybody had a good time,” she said. “It was nice to meet everybody.”