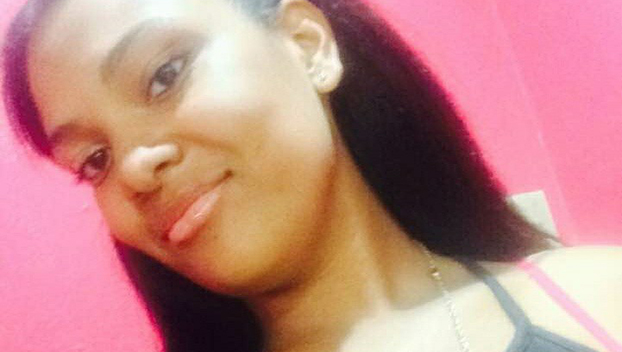 Have you ever felt a connection with someone you’ve never met?

I never officially met Jasmine Newman, but I know what she meant to her mother Jermel and her friends.

I’ve talked with the grieving mother a number of times as she poured out her heart and laid out her pain for all to see and witness.

Jasmine was killed a day shy of her 23rd birthday on Oct. 20, 2019. The young mother of two small children was leaving a party in the 1100 block of Vicksburg with a few people. They were standing outside visiting with each other.

At approximately 2:30 a.m., shots rang out from a dark alley, hitting Jasmine twice, killing her, and injuring several other people. Police stress Jasmine was an innocent bystander with no criminal record and no gang affiliation.

My thoughts go back to Jasmine, the pretty, smiling young woman in so many photos. Her friend, Kayora Thibodeaux, laughed as she said Jasmine and Jermel were like twins. They sounded alike when they spoke and had the same sassy personality. Jermel cocked her head to the side, grinning at the compliment while ensuring Port Arthur Police Chief Tim Duriso that yes, both her and Jasmine had the same spunky way about them.

I know Jasmine is a graduate of Memorial High School and that she liked to sing. She was very involved in church and even served as a praise dancer.

She always had a smile on her face — I know that from the photos I’ve seen and things I’ve heard of her personality.

I meet a lot of people in my job, but Jasmine’s name seems to stick with me. 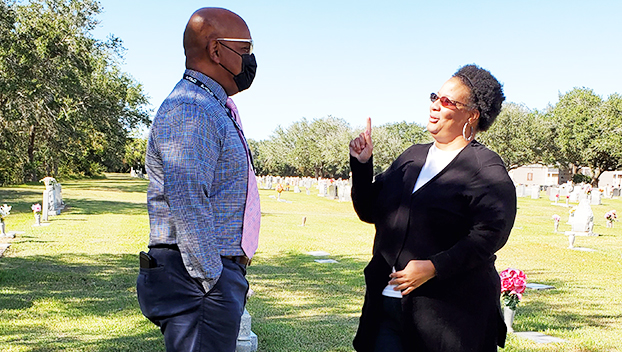 I can’t explain it, especially since I have a card catalog of names in my head— and I’ve met so many people I tend to forget names but remember faces.

Hearing Jasmine’s mother talk about her was like sitting with a friend as they talk about their family. But I never met Jasmine.

Jasmine’s killer has never been brought to justice, and this week, which marks the third year since her death, Jermel is once again pleading that someone come forward with information. She made this plea from Live Oak Cemetery in Beaumont at her only child’s gravesite.

Chief Dursio also wants answers and closure for the Newman family. Police have received zero tips in the case, something he said is unusual.

Jermel plans to pick a headstone for her daughter’s grave this week and later hopes to have a bench at the cemetery so she can visit Jasmine.

While she hopes the shooter is caught and put behind bars for life without parole, she is also looking to the future and planning where she will hold next year’s press conference asking for tips to solve the murder.