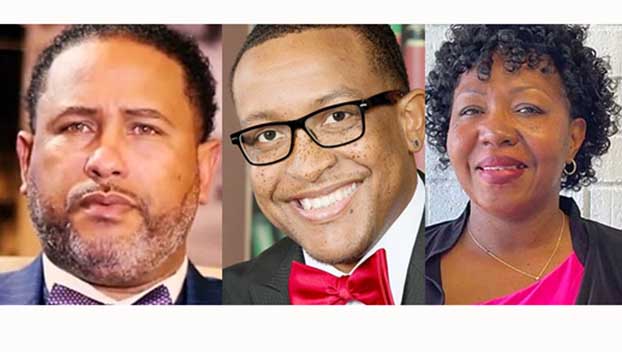 Three candidates for Justice of the Peace Precinct 2 are scheduled to participate tonight (Oct. 17) in a public forum hosted by the Port Arthur Alumnae Chapter of Delta Sigma Theta Sorority, Inc.

The forum will include Joseph Guillory, Brandon Bartie and Kyrin Baker.

Following a win against current JP Marc DeRouen in the March primaries, Port Arthur Independent School District trustee Guillory was deemed victor of the race as he had no Republican opponent.

In July, Bartie, also a trustee for the Port Arthur Independent School District, announced his intentions to run as a write-in candidate.

The following week, Baker, who has spent her career in the health care industry, obtained enough signatures to be added to the ballot as an Independent.