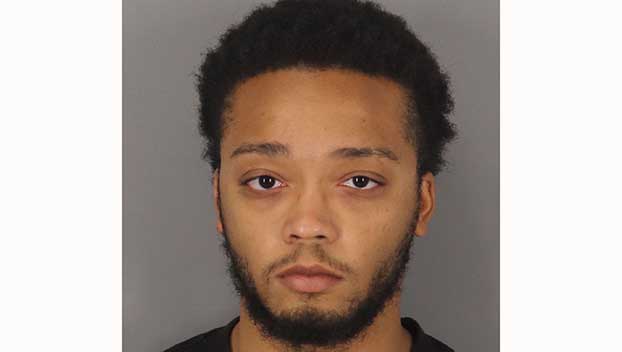 A Beaumont man is denying allegations he forged the signature of a Jefferson County Justice of the Peace following his indictment Wednesday.

“I deny the allegations,” Isiah Dishawn Hebert Tyson said by phone. “Most of these allegations were made by a former neighbor. For the past two years I’ve moved three times and cut off all contact to avoid (her).”

Tyson’s comments followed this week’s indictment on a charge of felony forgery. According to a probable cause affidavit, on Sept. 15 Justice of the Peace Justin Chesson called the Jefferson County Sheriff’s Office to report that his signature had been forged on two documents — a Cease and Desist notice and a temporary restraining order.

Both were reportedly issued against a Beaumont woman ordering her to stop all harassment activities against Tyson.

The 26-year-old man said the woman was formerly his neighbor, and they’d had a “lover’s quarrel” before he reportedly ended contact with her.

She has since, he said, made a multitude of allegations against him on social media.

“I never filed any official restraining order or anything,” he said. “It’s not like I’m in actual danger.”

The fake temporary restraining order, which is photocopied in the affidavit, allegedly showed where the woman had been forced to make two payments — $250 for online harassment and $500 for slander/defamation” — by the woman. That document included a notary seal, Chesson’s electronic signature, as well as the electronic signature of Chesson’s senior clerk.

The woman who received them told a detective with the sheriff’s office that the documents had been left outside the door of her Beaumont apartment sometime between 10-11 p.m. Sept. 13. She also reportedly told the detective where Tyson lived, and described his vehicle, which was missing the back windshield.

The detective reported calling Tyson, who claimed to be in Georgia with his mother, and the two agreed to speak on Sept. 19, the court documents say.

When that conversation failed to take place, the detective said he drove to Tyson’s residence where he found a vehicle missing a rear windshield and Tyson standing in the driveway.

“I asked him why he would think he needed an attorney if he didn’t know why I wanted to talk to him,” the detective wrote in his report.

Tyson said there were details in the affidavit he was unaware of until he saw the initial story that was published earlier this week by Port Arthur Newsmedia.

Court documents say the detective reviewed surveillance footage from the woman’s apartment complex, at which Tyson previously lived, showing what appeared to be his vehicle entering and exiting the complex during the time frame the documents were left at the woman’s door.