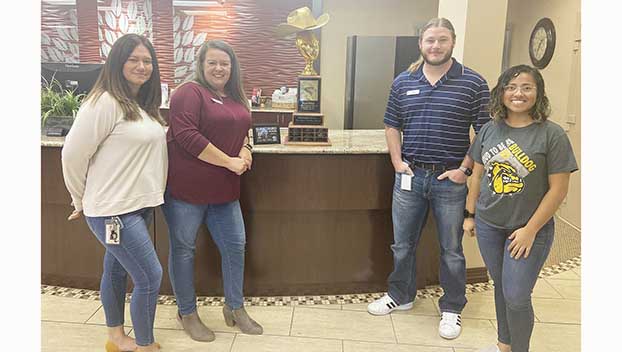 PORT NECHES — When the Bum Phillips Bowl trophy was delivered to MCT Credit Union in Port Neches, a customer leaving the building turned around to go back inside so he could inspect the 3-feet-tall statue awarded each year to the winner of the annual football game between Port Neches-Groves and Nederland high schools.

The man, who said he had never seen it up close, began inspecting the golden plaques that surround the square base and display the scores of each game since the trophy’s creation in 2014.

“MCT Credit Union began in our local schools, so the traditions, rivalries and school spirit are strong in our branches,” said Magan Bordes, marketing director. “Every Friday during football season our staff wear their football t-shirts and they have so much fun with this rivalry.” 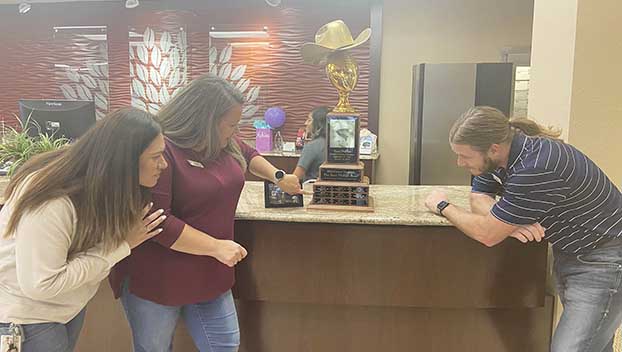 The trophy has been on the move through Mid County in the last few weeks, giving residents from both schools a chance to see it up close. This week, fans can view and take photos with it at 2736 Nall Street.

“We’re excited and honored to host the trophy this week and look forward to bringing this community involvement to our members and staff,” Bordes said. “We can’t wait to cheer on both teams soon and see which one will take the trophy!”

And the rivalry game, which began in 1925, has previously been named the best high school rivalry in the state by Dave Campbell’s Texas Football Magazine.

Former Port Arthur News sports editor Bob West was a driving force behind the creation of the trophy, which was made following Phillips’ 2013 death at the age of 90. He died during the 90th game between Nederland and Port Neches-Groves.

MCT Credit Union was formed in 1953 by employees of the Nederland and Port Neches-Groves school districts, according to information from its website. It has since expanded and now has branches in Nederland, Bridge City, Orange and Lumberton.