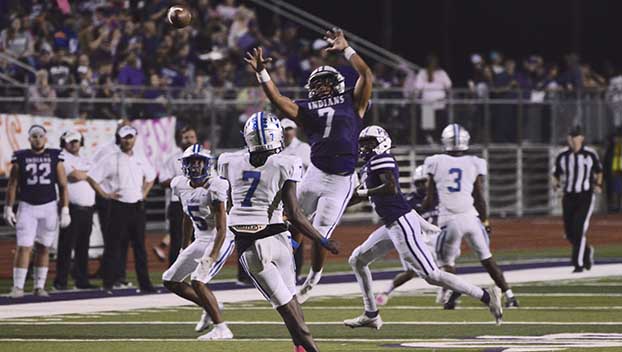 PORT NECHES — The Port Neches-Groves Indians scored touchdowns in all three phases of the game Friday night (offense, defense and special teams) as they rolled to a 56-13 win over the visiting Willowridge Eagles.

“Good teams find ways to score not just on offense,” PNG coach Jeff Joseph said. “That’s two weeks in a row that we scored on defense, which is awesome. Our special teams have been improving the past few weeks.”

PNG (4-2, 2-1 in District 9-5 Division II) took the opening kickoff and drove the length of the field in less than four minutes, capping the drive on a 5-yard run by Shea Adams. Andres Sandoval added the first of eight PATs to make it 7-0. The Indians increased the lead to 21-0 by the time the quarter ended, thanks to a 45-yard pick-6 by Sebastian Agudelo and a Nick Gardiner 12-yard scoop and score of a blocked punt. 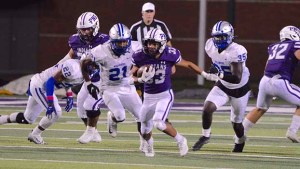 PNG made it 28-0 just six seconds into the second quarter on a 30-yard run by Blair Chatagnier. After Willowridge got on the board on a 13-yard scoring pass from Kendron Penson Jr. to Anthony Momon-Lattimore, Dylan Lawless returned the ensuing kickoff to make it 35-7. The Indians closed out the first-half scoring on an 8-yard run by Isaiah Nguyen to make it 42-7 at intermission.

PNG pushed its lead to 56-7 after three quarters as Cole Crippen hit Adams with a 14-yard pass before Nguyen scored on another 8-yard run. Willowridge (1-5, 1-2) scored on the game’s final play as Penson bulled his way in from the 1-yard line. 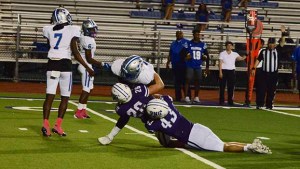 The wide margin allowed Joseph to empty his bench early on, and the first-year head coach was pleased with what he saw. Both teams agreed to go to a running clock in the fourth quarter.

“There wasn’t a drop-off. Those players worked hard for a shot to be in there, and I’m proud of those guys,” Joseph said. “They earned their chance and came through.”

Game ball goes to … We could run out of footballs presenting one to every deserving player, but we’ll give it to Dylan Lawless for his 95-yard kickoff return, which snuffed out any momentum the Eagles may have had,

Play of the game … Sebastian Agudelo’s 45-yard interception return for a TD to make it 14-0 on Willowridge’s first drive of the game.

Key Stats … Time of possession can be a misleading stat. The Indians led 42-7 at halftime despite Willowridge having a whopping edge in that category for the first two quarters. The Eagles had the ball for 17:25 as compared to just 6:35 for PNG.

Next up … The Indians host Dayton at 7 p.m. Friday. Willowridge plays its third straight road game when it journeys to Texas City at 7 p.m. Friday. “Every game is important,” Joseph said. “We know next week will definitely be a challenge.”