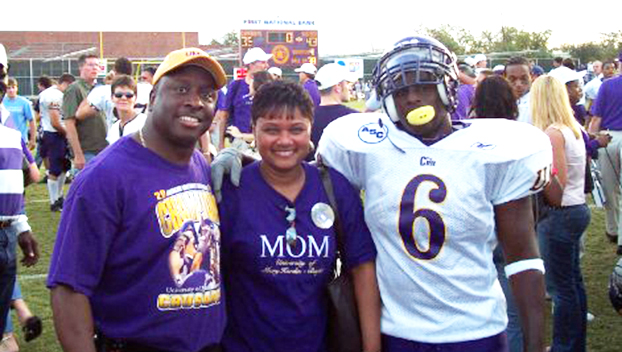 Bobby Pickney, left, during his playing days at Mary Hardin-Baylor with his parents. (Courtesy photo)

A Port Arthur native and Thomas Jefferson High School graduate is receiving a prestigious honor this month with induction into his college’s Hall of Honor.

Bobby Pickney, who graduated from TJ in 2000, went on to play college football at the University of Mary Hardin-Baylor and is being honored at the school Oct. 22.

“I played all four years as a Yellow Jacket, the best school in Southeast Texas,” Pickney said. “After that, I went to the University of Mary Hardin-Baylor from 2000-2003. I had an incredible time. We won a couple of conference championships. We had the first winning season there and they haven’t had a losing season since.” 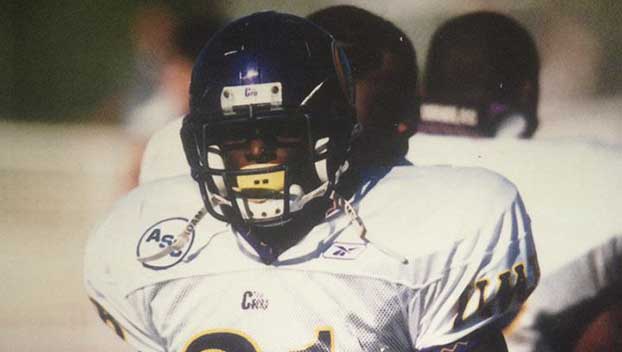 Bobby Pickney, while at Mary Hardin-Baylor. He will be inducted into the school’s Hall of Honor on Oct. 22. (Courtesy Photo)

Pickney played a hybrid safety/linebacker position for the Crusaders.

Pickney said he found out about the honor from a friend, who runs the alumni program.

“He called and told me congratulations, and I didn’t know why,” Pickney said. “He went on to tell me I was one of two people selected and he said I received the most votes.”

Hall of Honor inductees are chosen for their time on the field and the impact they have made since graduating. Pickney, who is married with four kids, is a successful regional manager in the heating and air conditioning business in Houston.

Pickney said growing up in Port Arthur had a huge influence on his mentality and drive to be successful.

“No matter what you hear about Port Arthur, it is a great place to grow up because of the community,” he said.

“We always produce great athletes. You come out of Port Arthur ready to compete, not only on the field, but you are ready to compete at life. That has really shaped me and drove me to be better on the field, a better man and a better leader. We grew up around some very good, strong men and women. That is what I lead with.” 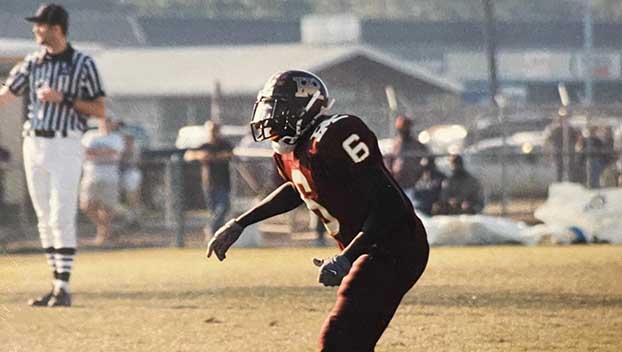 Pickney said his time in college was invaluable and added he encourages young student-athletes to not worry so much about getting a Division I offer and focus on getting a scholarship to have college paid for.

“I played at a Division III school,” he said. “… I would tell kids to take the opportunity to pursue your dreams. Always remember you are a student-athlete and not an athlete-student. Do what you have to do in the classroom and set yourself up for what you are going to do after your playing career.”

Pickney thanks his parents for pushing education as a strong foundation to set up his future.

“At that time, it was the first year that the university started sending athletes’ progress reports and report cards home,” Pickney said. “My dad would get it before I would get it and he was worse than the coaches. I was getting it from both sides.”

Pickney is being honored during a pregame ceremony and recognized at halftime. He receives a plaque that goes in the Hall of Honor hallway. He will also attend a banquet that night.

Pickney said he’s not given much thought to being on the field for the first time since his playing days.

“My biggest thing is that I hope I don’t trip because I am old,” he said, laughing. “I don’t want to trip and tear an ACL.