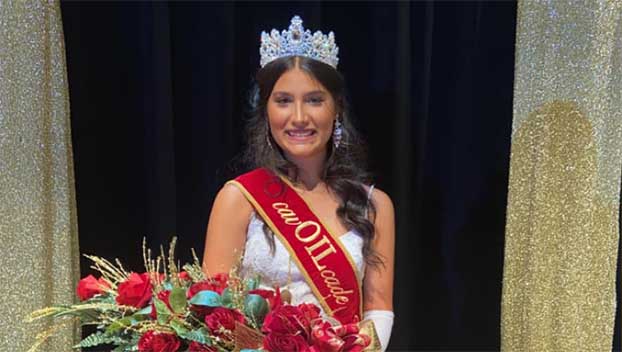 Alica Almaraz is proud of who her daughter is becoming and can’t wait to see what’s next for Trisha Almaraz.

“She’s really going to make her mark on the world,” the mother said.

Trisha was crowned the 2022 CavOILcade queen during coronation Saturday at Groves Middle School.

But she is more than her title. The new queen attends Port Neches-Groves High School, where she is an Indianette, serves on Student Council and the National Honor Society, and is a member of the American Sign Language Club.

She divides her time with community involvement such as Indians Give, Petsgiving (where pet food is collected for local rescue organizations), Indianette Camp and Avery Anne Guerra Day.

She’s been a student at Debbie’s Dance for 13 years and on Mondays assists with baby ballet class.

After graduation Trisha plans to attend Lamar University to obtain a degree in social work and hopes to work in the foster care system.

Juggling school and other activities while maintaining her grades takes balance.

Trisha said it takes a lot of late nights and early mornings and making sure her schedule is in check. 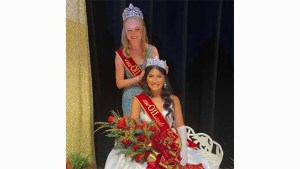 As for her future career, she at first thought of becoming a teacher but realized she’d be better in a role in social work.

She said there are a lot of paths she can follow with a degree in social work — from being a counselor in a school to giving back in other ways by working with kids and adults.

She already has some experience with foster care through some of the school organizations she’s worked with such as the Rainbow Room, which is an emergency supply center for Child Protective Services, and has helped collect diapers and sold hot cocoa for other similar causes.

Trisha’s mom called her an excellent young woman, saying she couldn’t ask for a better daughter.

“She’s outgoing and very, very sweet,” Alica said. “She is a great girl. She stays busy and loves to do anything she can to help others.”

As of early this week it hadn’t fully set in she was crowned CavOILcade queen, Trisha said. In that moment of coronation, all she remembers is the excitement.

Her pageant experience was great. Going in she only knew of three of the other girls from school but soon all of the participating girls grew close.