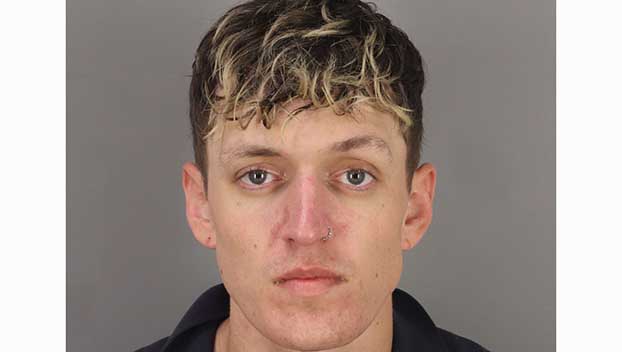 A 28-year-old Port Neches man was indicted this week in connection with the burglary of a Nederland business.

On April 26, Nederland police were dispatched to Vin’s Paint and Body on South U.S. 69 in reference to burglary of a building. The officer viewed surveillance video and reportedly saw a person taking multiple items from inside the business.

The following day the officer was able to identify the suspect whom he said was burglarizing businesses along U.S. 69 in Port Arthur and Nederland.

The alleged suspect, Lucas Eldon Nelson, was located at Airport Inn Motel, 200 N. U.S. 69, Nederland where he evaded police. He was eventually taken into custody and police recovered some of the reported stolen items at the motel.

Nelson denied being involved in the burglary.

A known associate of Nelson was located in the room where the property was recovered. The officer said in the document that he has worked several burglary and theft cases in the past that involved Nelson and his associate.

Nelson was still in the county jail as of Friday afternoon and has a number of charges including evading detention with a previous conviction with bond at $5,000, six burglary of a building warrants with one bond set at $15,000 and the other no bond set. He also has a possession of a controlled substance warrant with no bond, according to information from the Jefferson County Sheriff’s Office.