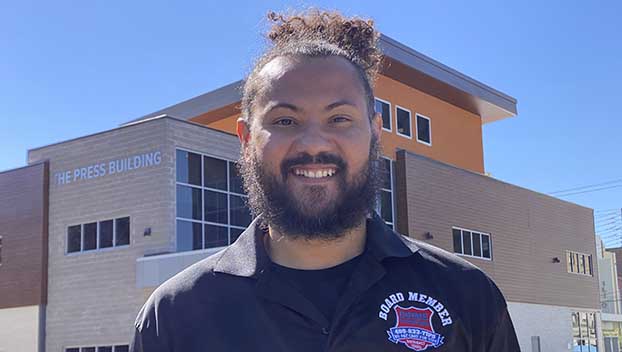 The newest company in The Press Building is essentially in place to create even more.

“My goal in doing business here in Southeast Texas is to create jobs,” said Niq Hunter, president and CEO of Nerd Family Productions. “I work with a number of different nonprofit organizations, and for more it’s a no brainer that the biggest driver of crime and isolation is the lack of opportunity. And…around here, there isn’t that much of a lack of opportunity. It’s a variety of opportunities.”

But the mission behind the company that began in 2019 is also rooted in education.

“I want to create an economy for kids like me that didn’t know they even had any kind of interest in video,” Hunter said. “The first time they pick (a camera up), they’re ready to say, ‘okay, now I know I can go and do that job.’” 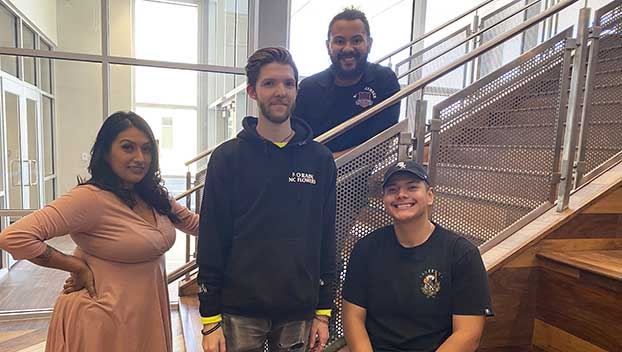 Prior to opening his business rooted in visual storytelling, Hunter spent his life working in sales. While working for an automobile dealership, he began to create videos of the products to push online for more exposure. And it worked.

While he did not remain in automobile sales, the knowledge he’d learned from video marketing made an impression, and he knew with the right vision he could create a way to grow other businesses through unique visions.

“I started with just a cell phone,” he said. “And then I got a $500 camera and built me a $500 computer. And then I started focusing more time on the craft of videography, how to light subjects and the real details in what makes something go from a hobby into a professional production.”

Now, the business that originally rooted in Beaumont has seven employees with plans to hire as many as 15 more in the following year.

In August, Nerd Family Productions learned the lease on their existing building would not be renewed. And in addition, the company had grown and needed more room. By Aug. 8, they had signed a lease to join the continued addition of companies housed inside the newly renovated building on 4th Street in Downtown Port Arthur.

The mission, Hunter said, is to create online content for customers that “elicits emotions” and also taps into aspects of social media algorithms that the average business owner might not be aware of.

“All the psychology behind the sales/crafts; all the productions that we do for social media — when you do it that way, when you can go and find that pressure point that creates the motion that you want for the user, well it’s just a matter of putting it in front of the right people. So we specialize in trying to make sure that we can put companies in front of the right customers so they can put their best foot forward.”

Recently Councilwoman Charlotte Moses asked Hunter to attend a city council meeting to speak, which he did this week.

“I was touring The Press Building and saw their office and their production, and I said, ‘just come introduce yourself to the city,” Moses said. “What better way for you to introduce us than to let us know what you do. Thank you for coming to Port Arthur.”