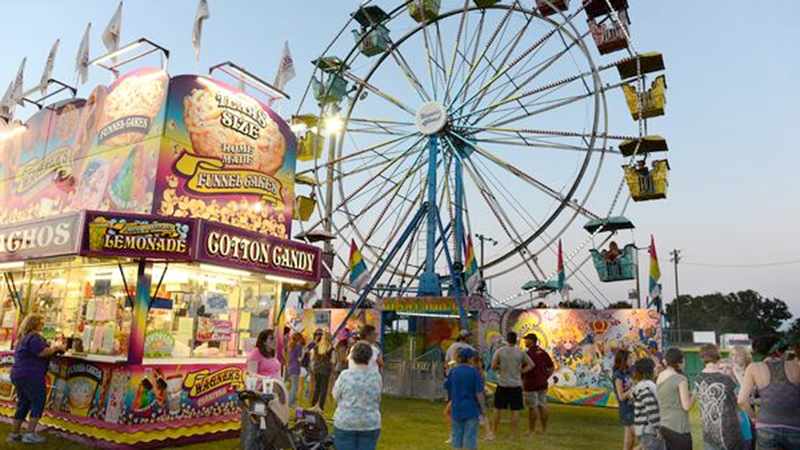 GROVES — October will be a busy month for the City of Groves with a fire department open house, annual Pecan Festival and a fall fest.

Two of those events are requiring temporary road closures.

Groves Fire Department is holding its first Open House since moving to a new station and the event this year is expected to draw a large crowd.

Fire Chief Lance Billeaud said the event is set for 6-8 p.m. Oct. 12 and the temporary closure of West Washington from Doyle to Gulf is necessary.

Past open houses were held at the old location and for safety reasons there was the temporary closure of Short Street.

Later in the month there will be another street closure. This one is set for 10 a.m. to 5 p.m. Oct. 30 for a section of Lincoln Avenue from Capitol to Jefferson for Fall Fest on Lincoln.

The Courtyard Café of Groves, Boutique & Bling and several other businesses are putting on the event.

The Fall Fest will include trick or treating for kids, vendors, food, fun for the kids, costume contest and more.

Sandwiched in between the two events is Groves Pecan Festival Oct. 13 to Oct. 16 at Lion’s Park.

The carnival group, whose name was not announced during the meeting, will be new to the Pecan Festival.

“What I found out was that since COVID a number of the bigger carnivals we’ve used have gone out of business, so there’s even fewer to pick from,” Boneau said. “And then we were sort of led to believe that the carnival (we used) last year was going to be here. I didn’t find out until the end of April that they weren’t. In fact they wanted to cancel on RiverFest.”

The newly approved carnival group is from Arkansas for the Groves event and will start bringing some of the equipment next week.

The reason the carnival group is bringing equipment early is they have fewer people to do so.

“They’re having the same problems the country is, getting help and everything,” Boneau said.

Inspection of the rides will be done, he assured the council.