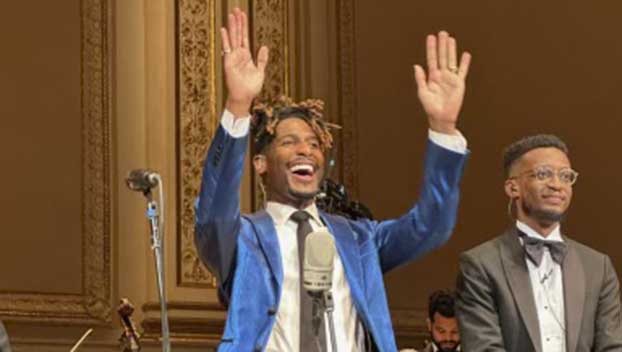 It seems music chose Glenn Alexander II as much as he chose it.

“As a small child, his sister was a piano player so we always had a piano in the house,” said his father, longtime Port Arthur pediatric nurse practitioner Glenn Alexander. “So he just got it, started banging and continued to do that.”

The child started by teaching himself, but his parents quickly stepped in to give a little help.

“We decided to enroll him in piano lessons in Groves,” said his mother, Yoshi Alexander. “We started a church at the house so he was our musician when we had our ministry.”

This continued, Yoshi said, when her son joined the worship team while attending Legacy.

And perhaps his best accompaniment was himself.

“He is one of the most bubbly people you will ever meet,” said distant cousin Tiff Hamilton. “He was a very happy child along with his sisters.”

She fondly recalled Thanksgivings spent together as a family.

“He was always musically inclined,” she said.

That became more than evident Thursday when he conducted the premier of composer Jon Batiste’s “American Symphony” at Carnegie Hall.

The piece by Batiste, who has been nominated for 14 Grammys (five of which he won) and whose score for the Disney/Pixar film “Soul” earned him an Academy Award, is described as a “large-scale, genre melding symphonic work.”

“He’s a jazz pianist but he does a lot — composes, sings, and now acts,” Alexander II said. “He’s just a phenomenal musician. He’s one of the most brilliant musical minds I’ve ever been in the midst of and I’m honored he asked me to be part of this.” 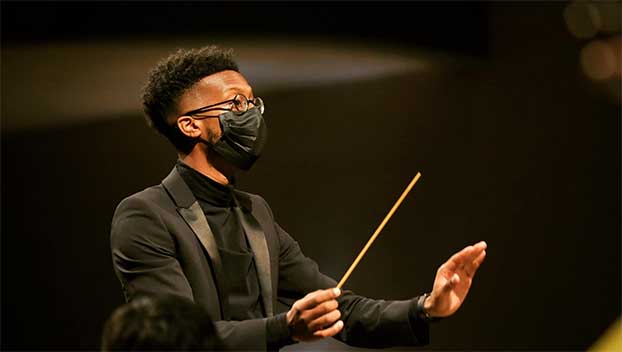 They met previously while filming a commercial. In April, when Batiste was conducting a piece at Carnegie Hall, Alexander II had prior commitments but reached out to see if he could attend a rehearsal. And during so, he walked up to the famed musician and reintroduced himself.

“He remembered exactly who I was,” the Port Arthur native said, “and the conversation was literally, ‘what are you doing on May 7?’”

That’s when they began rehearsals for this past Thursday’s performance.

“The week of, we had two rehearsals, and just to be in the hall itself was surreal,” Alexander II said. “Many musicians spend a lot of their career trying to get into that place and that I was able to get there so quickly…”

His father said he had hoped his son, now 27, would have followed in the medical field. In fact, none of their four children did.

“But they all went to my alma mater — Prairie View A&M University,” he said with a laugh.

After Prairie View, Alexander II went on to Bard College Conservatory of Music, where he earned his master’s degree. He then went to the Manhattan School of Music, at which he is pursuing his doctorate.

But he doesn’t refer to his Carnegie Hall performance as a peak, but rather a beginning.

Alexander II said knowing his parents were in the audience when the curtains opened was part of what made the night so magical.

“Magical is the only word I can use to describe it,” he said of the full house. “The energy was so high, and John was phenomenal. People were crying.”

For those aspiring a career in music, especially those in his hometown, he said determination is the key.

“If you have the passion to do it, just do it,” Alexander II said. “Do what your heart wants and you’ll never work. I’m having a blast just to be able to say I’m from Port Arthur and now living in New York City and working with some of the best musicians in the world. If I can do it, y’all can too.”