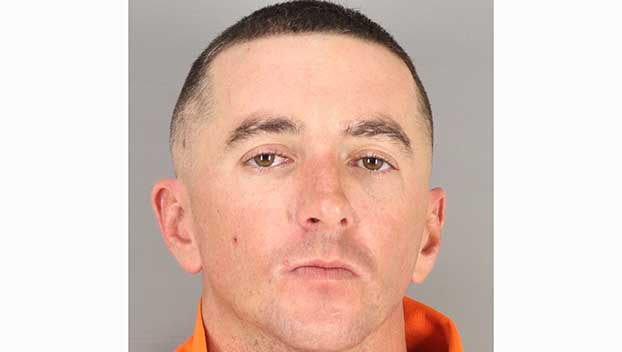 A Nederland man stopped by police for speeding reportedly had boxed wine in the car near him and told officers he was “not sober” during the field sobriety test.

The man was indicted this week for felony driving while intoxicated.

David Blaine Gault, 37, was stopped by police for speeding for allegedly traveling 58 mph in a 30 mph zone on Dec. 21.

The officer noted Gault’s eyes to be glassy and the whites of his eyes had red in them and he reportedly smelled of alcohol.

While speaking with the Nederland man, the officer noticed a Franzia wine box lying on the passenger side floorboard. While walking to the rear of his vehicle, he was unsteady on his feet and swaying and allegedly told police he drank an alcoholic beverage.

He then turned to an officer and said he was “not sober,” according to the affidavit for arrest. Police said Gault admitted to drinking four 12-ounce beers.

An officer performed a Horixonatl Gaze Nystagmus portion of the standardized field sobriety test and said in the documents that Gault performed poorly and believed he was operating a vehicle while intoxicated posing a danger to himself and others.

He was arrested for DWI third or more with bond set at $10,000. He bonded out the next day, according to information from the Jefferson County Sheriff’s Office. Gault has prior DWI convictions on May 22, 2008, and Nov. 5, 2012.