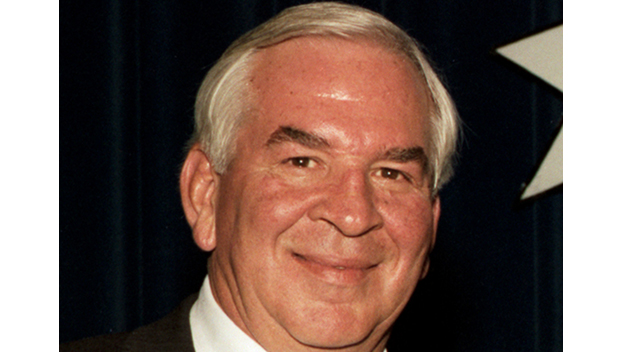 Walter Umphrey will be inducted into Museum of the Gulf Coast Hall of Fame Saturday. (Courtesy Photo)

The Museum of the Gulf Coast is inducting Walter Umphrey into the Notable People Hall of Fame this weekend.

The induction is at 2 p.m. Saturday and also features three inductions into the Sports Hall of Fame.

Umphrey, who graduated from Thomas Jefferson in Port Arthur in 1954, is most known as the architect of the biggest lawsuit settlement in the country’s history, when his team forced the tobacco industry to change advertising practices and pay a $17.1 billion settlement.

He was born in Port Arthur in 1936. After graduating from TJ, Umphrey attended Southern Methodist University on a football scholarship. In 1960, he married Sheila McCarthy.

He attended law school at Baylor University. The Umphreys started several businesses in Southeast Texas, including a small law office on 39th Street in Port Arthur with David Provost.

His career started off at the Jefferson County District Attorney’s Office, where he worked his way up to chief felony prosecutor.

In the 70s and 80s, Provost Umphrey took on the asbestos and benzene industry.

“He was a regular guy,” Neal said. “I got some real interesting stories from people that knew him… Lawyers had a reputation of coming in at about 8:30 and kicking out by 2:30 or 3. That was the opinion at the time. One of the traits of Walter is that he would really listen to people. He expected his attorneys to be there at 7 a.m. and stay until 7 p.m. or be there longer if that is what was needed. One attorney told me he got to the office at 5 a.m. and the lights were already on. He said he couldn’t figure out what was going on, but Walter was already there working.”

“He was big on interacting with people,” Neal said. “He was adamant that you return calls, if not that day, as quickly as possible. If he ever found out his attorneys didn’t follow through with that, he let them know it was unacceptable.”

Many other law firms used Umphrey’s template to fight the tobacco companies in the following years, which forced the companies to pay more than $200 million.

Umphrey died in September 2021 at the age of 85. His mark can be found all over Southeast Texas and beyond.

When the Lamar Cardinals restored the football program, the stadium was named Provost Umphrey Stadium. The Sheila Umphrey Recreational Center also sits on the Lamar campus.

Walter Umphrey State Park can be found in Port Arthur. There is also an Umphrey Family Pavilion at Lake Sam Rayburn. The Sheila and Walter Umphrey Law Center can also be found on the Baylor campus in Waco.