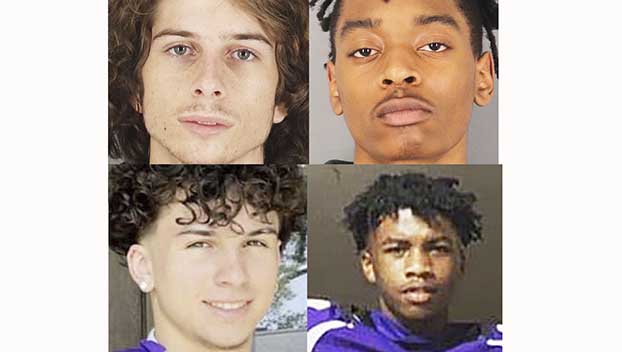 Four local males have been taken to Guadalupe County on warrants related to a carjacking in Seguin.

A 16-year-old male from Groves was also detained Monday in Jefferson County. He was taken to the Minnie Rogers Juvenile Justice Center. A call to law enforcement in Seguin asking whether the juvenile had been extradited was not returned by press time.

The Seguin Police Department named the local males suspects in connection with a car jacking that took place Sept. 5 in a Seguin Walmart parking lot.

The five assailants then left in the victim’s vehicle.

The driver of the Charger was brought to a hospital by Seguin EMS and treated for his injuries.

The driver was treated and released, authorities said.

The stolen vehicle was located via the car’s tracking mechanism in the Port Acres area of Port Arthur, PAPD Det. Sadie Guedry said.

Port Arthur Police and Seguin Police are working together on the case with Seguin PD the investigating entity in this case.