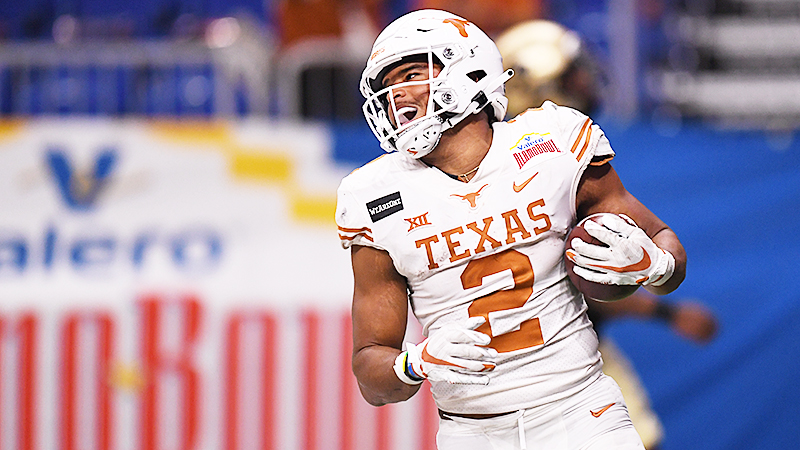 The phrase “Texas is back” has been uttered so many times across the last decade that it has become used to mock Longhorn fans after embarrassing losses. The phrase was used after big wins against Oklahoma in the Red River Rivalry over the years and made an appearance after the Longhorns defeated Georgia in the Sugar Bowl in 2019. It was also used when Texas lost to Kansas last year.

The loss to the Jayhawks was a far cry from the glory days of Vince Young, Jamaal Charles and Colt McCoy playing in National championship games in 2006 and 2010, but it was the latter title game that might have been the turning point.

Texas took on Alabama and Nick Saban in his first title appearance as the Crimson Tide head coach. The Longhorns opened the game with a defensive stop and interception on fourth down. Texas was moving down the field when McCoy got hurt and potentially changed the trajectory of college football for the next 15 years.

The Longhorns went on to lose and the program failed to get back to the championship game since, while Bama has six national titles since Saban took over.

Now, that is not to say this plays out much differently if McCoy doesn’t get hurt or even if Texas wins, but at the time, UT was the premiere school in college football and has not been that since.

Earlier this year Texas announced that it was splitting from the Big 12 Conference to join the much more competitive Southeastern Conference in 2025. The move drew a lot of criticism from analysts, who wondered if the Longhorns could compete in the same conference as Alabama, LSU and Georgia. Saturday’s game against Alabama was set to be the test to see how much Texas would have to improve before 2025.

To see how the two schools shifted since that game, just look at the point spread. Heading into the 2010 game, Bama was favored by four points. In Saturday’s contest, the Crimson Tide had garnered a 20.5 point spread. The Longhorns featured a revamped offense led by transfer freshman quarterback Quinn Ewers and Bijan Robinson, who is projected to be a first round pick at running back. But Alabama still had Saban and Heisman Trophy winning quarterback Bryce Young.

Much like 2010, the Longhorns looked dominant early until their starting quarterback went down with an injury. But what seemed to be history repeating itself, might have been some odd reset. The Longhorns didn’t get blown out like many predicted. In fact, the game came down to a last second field goal to give Bama the 20-19 win.

It didn’t seem to be a fluke. Texas’ offense looked capable and the defense seemed legit. The measure of a good defense is the ability to pressure the quarterback and have defensive backs tackle in space. The Longhorns were able to do that just fine.

Now, part of being a good program is not about the ability to get up for one game. That has to be sustained. Texas fans are all too familiar with big wins, only to follow it up with losses that count as just cause for firing a head coach. The Longhorns have a tough road ahead, especially with the prognosis for Ewers to be out for 4-6 weeks.

That being said, Texas proved that they can hang with the top schools. This season should be the one that actually brings Texas back.