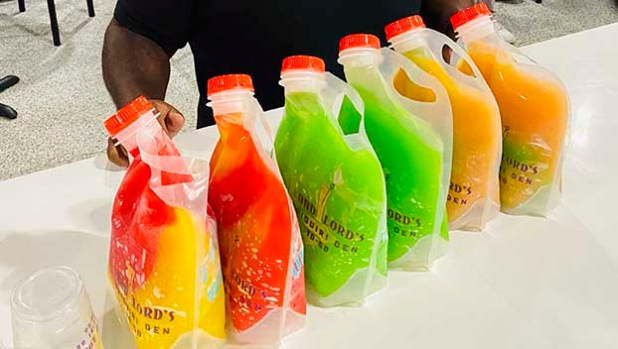 Pictured is a selection of drinks. (Courtesy photo) 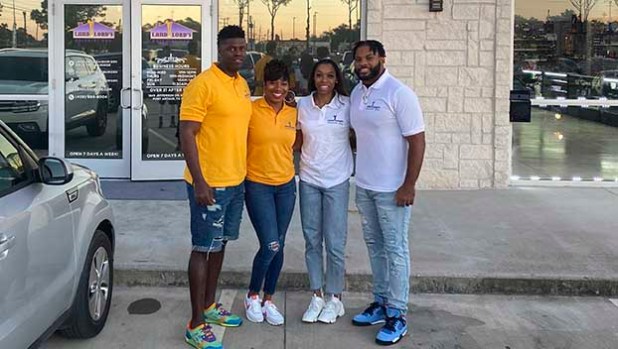 Jermire Roberts and wife, left, along with Elandon Roberts and his wife. (Courtesy photo) 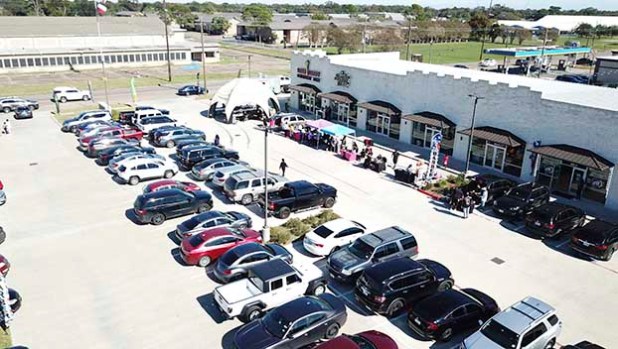 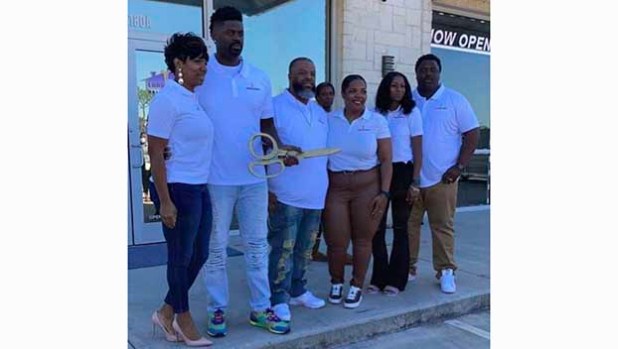 The owners and their wives at a ribbon cutting. (Courtesy photo) 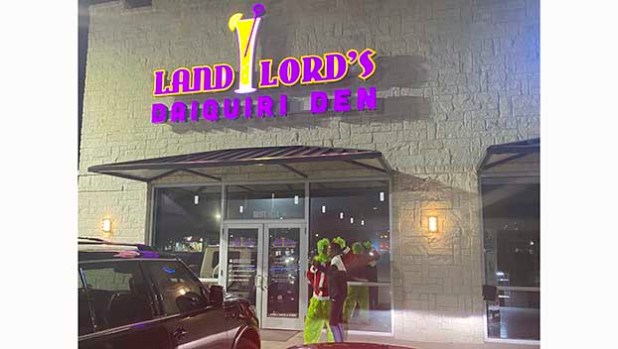 Landlord’s Daiquiri Den was in the holiday mood in December. (Courtesy photo)

Whether it’s hanging out before heading to the stadium to watch high school football or catching a college or NFL game, Landlord’s Daiquiri Den has a spot prepared.

“We welcome people to come in, chill out and get ready for the game since we are so close to the stadium,” said Jermire Roberts, one of the owners.

Fridays during football season there are food trailers parked outside the business at 1645 Jefferson Drive in Port Arthur, while inside are offerings of a variety of drinks and more.

And after the game, the celebration can continue back at Landlord’s.

Getting your sports fix and chill continues on Saturday, when they have seven screens available for patrons to watch all the favorite college or NFL teams.

“On Sunday at least two TVs are taken by the Cowboys and there are also others out there,” Jermire Roberts said.

Jermire Roberts, along with brother Calvin Roberts, and cousins Damion Henson and Elandon Roberts and all of their wives make up the ownership of the popular spot.

Landlord’s has been open since November and quickly has grown in popularity.

“The community has been generous to us, and we appreciate people coming in and feeling comfortable in this environment. We want people to feel confident,” Jermire Roberts said.

Patrons aren’t just from the Golden Triangle, he said. They have people coming in from Houston and some from the Dallas area that were just hearing about the place.

The owners take the safety of their customers seriously and have security inside, and on weekends will have an officer or constable outside.

“We try our best to keep it clean. We haven’t had any problems,” Jermire Roberts said.

A drive-thru is available for those who choose to bring their drinks home. The tops of the drinks are sealed and there’s markings indicating the drink is for people 21 and older.

Drinks also come in half-gallon and gallon sizes so patrons can bring their drinks and have a tailgate party at their own home.

The owners have their own ties to football.

Elandon Roberts is a Port Arthur native and current Miami Dolphins linebacker. He previously played for the New England Patriots.

This means the TVs are also tuned in to other games; Dolphins, Houston Texans and New Orleans Saints.

In addition there are a number of locals playing at the college level, all of who get cheered on.

“On Saturdays we have quite a few kids in the area play,” he said. “We watch and support them.”

Calvin Roberts has his own ties to football with a young son playing in youth football and an older son who is a sophomore at Memorial High School.

Calvin Roberts is excited to be able to bring a new business to the neighborhood offering something different.

Landlord’s Daiquiri Den is closed on Mondays and open from 2-10 p.m. Tuesdays through Thursdays. On Fridays, it’s open from noon to midnight and during Friday night football it is open to 1 a.m.