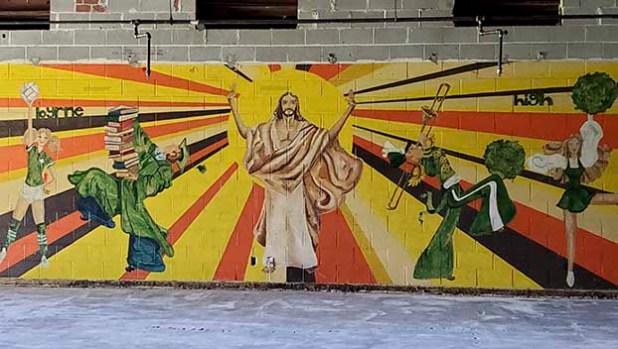 A close-up photo of the mural that was recently uncovered at a PASID building. (Mary Meaux/The News) 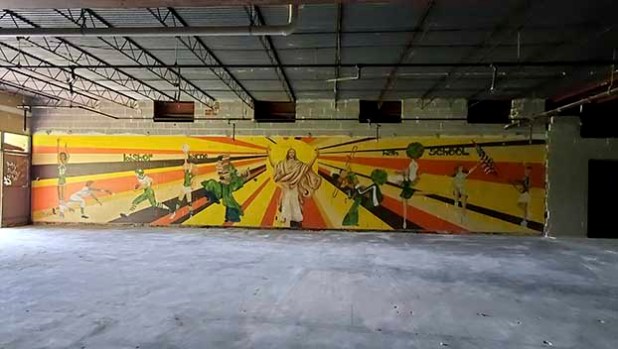 A mural was discovered behind a wall during selective demolition of a Port Arthur ISD building that was home to Bishop Byrne high School. (Mary Meaux/The News) 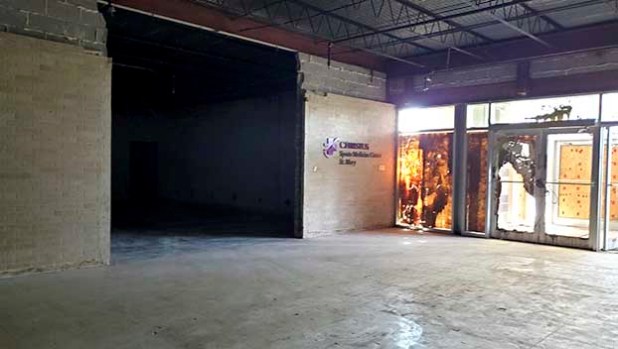 A sign remains on a wall inside the former Catholic high school and medical facility. (Mary Meaux/The News) 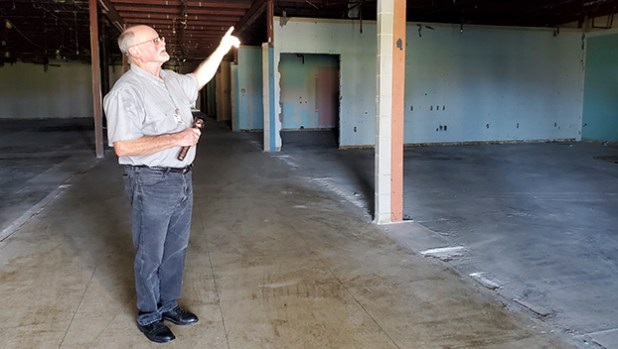 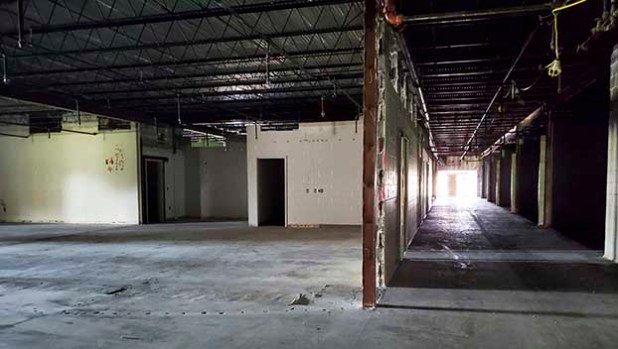 The building is down to bare walls and floors. (Mary Meaux/The News) 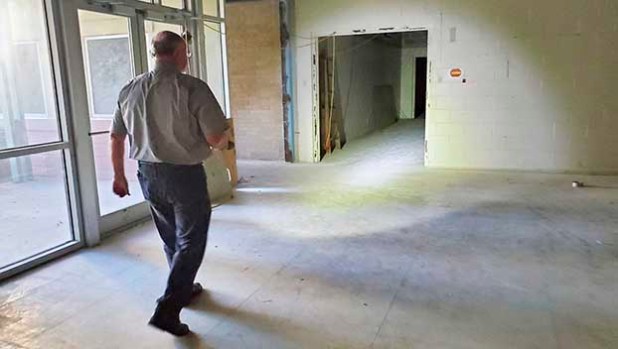 A mural in what was once the cafeteria at Bishop Byrne High School still exists.

Cade Spell, president with Long Architecture, said the mural was concealed by a stud wall during a previous renovation and was only recently discovered by the demolition contractor, Sitek Omni Services, LLC.

“Great care has been taken by the demolition contractor to ensure that the mural has remained undamaged as they have continued with their interior demolition work,” Spell said. “While the mural will be preserved in its current location, it will not be accessible for viewing once the renovation project is complete.”

The building is located at Ninth Avenue and Texas 73 and was home to Bishop Byrne High School before becoming a Christus Health facility.

PAISD Superintendent Dr. Mark Porterie said the district is excited to begin the renovation of the Support Service Center.

Porterie is part of the last graduating class of BBHS.

“When the mural was discovered we were delighted that it had not been destroyed in previous renovations, and of course during recent hurricanes, and we will not destroy it in our current renovations,” Porterie said. “The mural will be covered up and preserved.”

A wall will be put in place over the mural in such a way that the mural will not be damaged.

Porterie said that when the idea of relocating the district’s transportation, maintenance, shipping and receiving, etc., was discussed, leaders did not know at the time they would have the opportunity to utilize the location across the street from the administration building.

“The location is perfect for the future vision of our facilities and it gives me pride that the former Bishop Byrne High school facility will continue to be used for the betterment of our community when it comes to educating our children,” Porterie said.

The building consists of the main section and several add-ons, all in all totaling approximately 85,000 square feet.

Selective demolition is ongoing, leaving the cavernous building with a gutted appearance. In the older section of the facility there are some holes in the cinder block walls where vandals stole or tried to steal metal.

“Flooding in 2017 and subsequent vandalism left the building’s interior in bad shape, so demolition of the interior soft surfaces and debris was necessary before the design could be completed and the renovation work could begin,” Spell said. “The selective demolition and mold remediation project is currently underway and is being carried out by Sitek Omni Services, LLC. The selective demolition project should be completed within the next few weeks.”

The district is looking to hire a construction manager for the renovation project, officials said.

Long Architecture will work with the contraction manager and the district’s bond coordinators through the design and construction phases.

Construction is projected to begin in 2023.

The project is part of a 2014 voter approved bond issue.