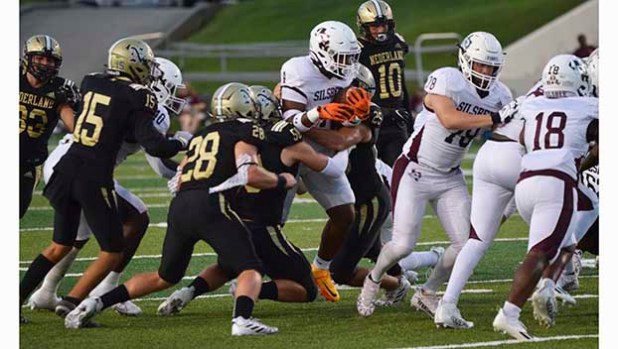 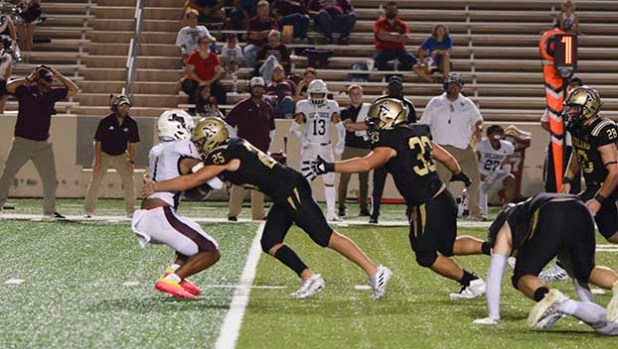 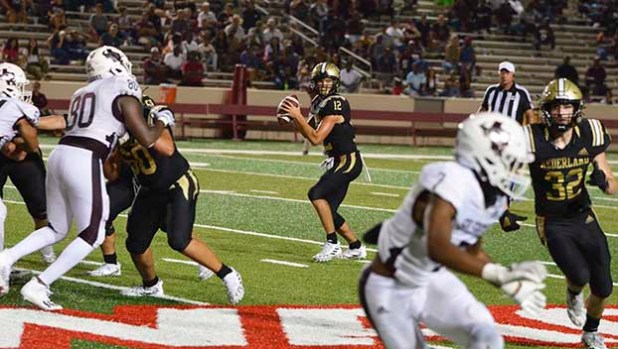 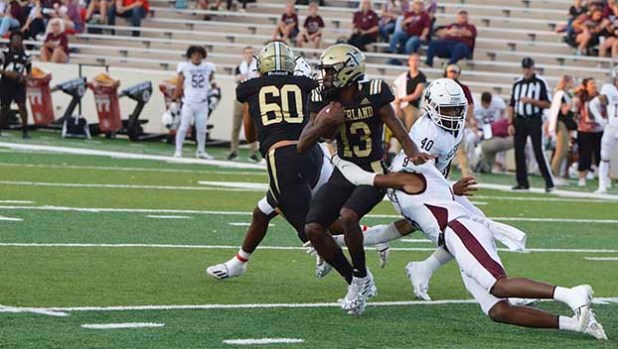 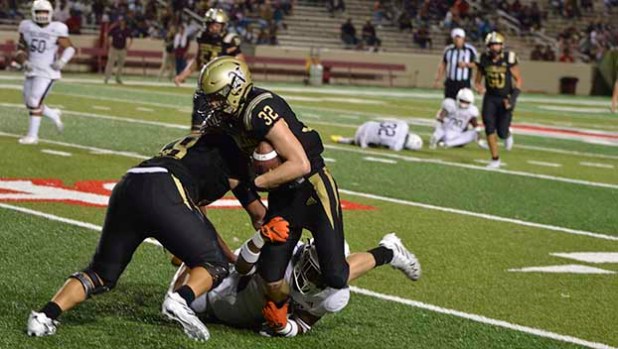 After being down 24-0 with six minutes left in the game, the Bulldogs had a chance to get the ball back down one score, but a fourth-down conversion by Silsbee iced the game at 24-16 at Provost Umphrey Stadium Friday.

The Bulldogs’ (0-3) first scoring drive came with 5:43 left in the game when quarterback Ayden Sunday connected with Travis Roman for a 30-yard score to cap a 12-play drive. A successful two-point conversion brought the score to 24-8 in favor of the Tigers (3-0).

Nederland was able to recover an onside kick. A few plays later, Sunday and Roman connected again on a 10-yard strike to bring Nederland within a score after another successful two-point conversion.

Needing keep to keep the Tigers from getting a first down, Cade Hollyfield blew up a run play behind the line of scrimmage. After coming up a yard short on a third down run, Silsbee was able to power across the first down line on fourth-and-one to seal the win.

“I thought for four quarters we played well defensively,” Nederland Head Coach Monte Barrow said. “I thought we played with a fire and aggressiveness. I thought our offense put the defense in some tough situations in the first half.”

Turnovers and penalties were the Bulldogs’ downfall on the night. Nederland lost the turnover battle 3-1 and had seven penalties to Silsbees’ four.

The Tigers didn’t waste much time getting on the board as their quarterback found receiver Dre’lon Miller for a short pass that he took 54 yards for a score with less than a minute off the clock.

The Bulldogs tried to establish the run game early but didn’t have much success. Nederland quarterback Adam Trosclair scrambled for a first down, but the offense stalled after that and was forced to punt.

The Nederland defense was able to buckle down and forced a turnover on downs and took over in their own territory.

The offensive struggles continued for the Bulldogs, who were once again forced to punt but a bad kick put the ball near midfield as the first quarter expired.

The Tigers moved the ball all the way to the red zone before Sunday, who also played safety, picked the ball off in the end zone.

After a pair of punts by both teams, Trosclair was picked off by the Silsbee defense, which returned the ball down to the Nederland 3-yard line. The Tigers punched it in on the ground on the next play to go up 14-0 midway through the second quarter.

On the ensuing Bulldogs drive, running back Hubert Thomas broke off a big run that would have put Nederland in Tigers territory, but the play was called back due to a holding penalty.

After halftime, Nederland decided to go with Sunday at quarterback.

“We made the change at quarterback because Ayden needed his chance,” Barrow said. “He got that and made some plays for us. Other guys stepped up and made plays. It ended up being a pretty good football game.”

When the game was on the line, Silsbee was able to come up with a short run to gain a first down and seal the game with just over a minute left to play. Had the Bulldogs stopped Silsbee, Nederland would have taken over in Tigers territory with a chance to tie.

The score might not look like the Nederland defense had a good game, but after the long Miller touchdown, the defense allowed a touchdown off an interception that was returned to the 3-yard line and held the Tigers to a field goal after a fumble.

Nederland has a bye week before starting district play against Fort Bend Willowridge on the road Sept. 23.