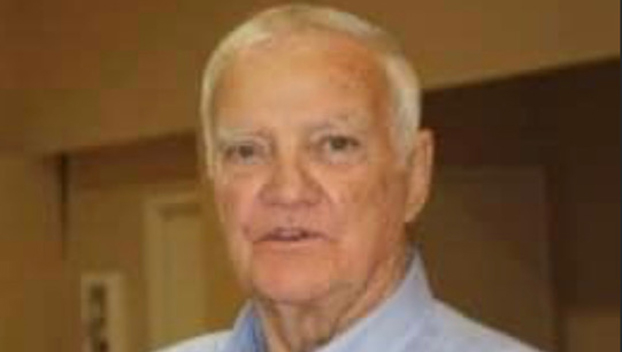 John was a United States Army veteran serving in the Korean Conflict.

He was a retired switchman for Kansas City Southern for forty-four years and was a member of Mid County Baptist Church.

He also did a lot of volunteer work with his church and loved going to garage sales and watching wrestling on TV.

John enjoyed drinking coffee with his church members, former co-workers with the railroad and funeral home.

He was a family man and would do anything for them; they loved him as did his friends, co-workers, church members and anyone else who had the pleasure of meeting John.  John had a great sense of humor and loved playing and teasing with people he loved.

He was a great man; one that will never be forgotten!!

John was preceded in death by his parents; great granddaughter, Samantha Jackson; the love of his life for sixty-seven years, Mary Joyce Jackson who passed away on September 12, 2020.

A Celebration of Life Service to Honor the Memory of John Albert Jackson will be conducted at 10:00 a.m. Thursday, September 15, 2022, at Melancon’s Funeral Home.

Interment will follow at Memory Garden’s Cemetery in Nederland, Texas.