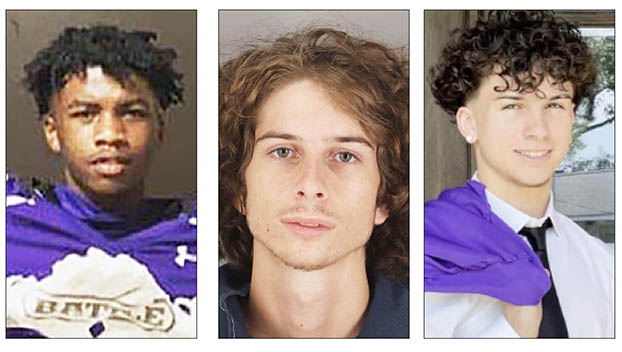 Jy’Quez Turner, Chase Dean Shearin and Caden Dean Shearin are being sought on active warrants for an aggravated robbery in Seguin. (Courtesy photos)

UPDATE: On Thursday, Port Arthur Police expressed thanks to the Port Neches Police Department “for their diligence in the apprehension of those two subjects .”

A group of males with ties to Port Arthur and Mid County are among those considered suspects in a violent robbery out of Guadalupe County, authorities said.

Jy’Quez Turner, 17, of Port Arthur; and brothers Chase Dean Shearin, 18; and Caden Dean Shearin, 19, of Port Neches are being sought on active warrants for an aggravated robbery in Seguin. 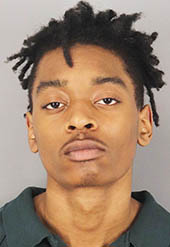 Bond for Hardwell is set at $75,000 for the Guadalupe County warrant, according to information from the Jefferson County Correctional Facility.

There is a fifth suspect, who authorities said is a juvenile. His name is not being released, Seguin Police Officer Sarah Wallace said. He is only being described as a white male.

Seguin Police took to social media earlier this week with photos of the alleged suspects, asking for the public’s help identifying the males.

Wallace said the suspects were identified through tips and by working with the Port Arthur Police Department.

Police learned five people approached the victim’s Dodge Charger, removed the 16-year-old male driver and 15-year-old female passenger and began assaulting the driver, according to a news release from Seguin.

The five suspects then left in the victim’s vehicle.

The driver of the Charger was brought to a hospital by Seguin EMS and treated for his injuries.

The driver was treated and released, Wallace said.

The stolen vehicle was located via the car’s tracking mechanism in the Port Acres area of Port Arthur, PAPD Det. Sadie Guedry said.

Port Arthur Police and Seguin Police are working on the case, with Seguin PD serving as the investigating entity in this case.

Those with information about this assault can call Crime Stoppers of Southeast Texas at 409-833-TIPS or download the P3 Tips app on a smart phone. Tips are anonymous and could be eligible for a cash reward.