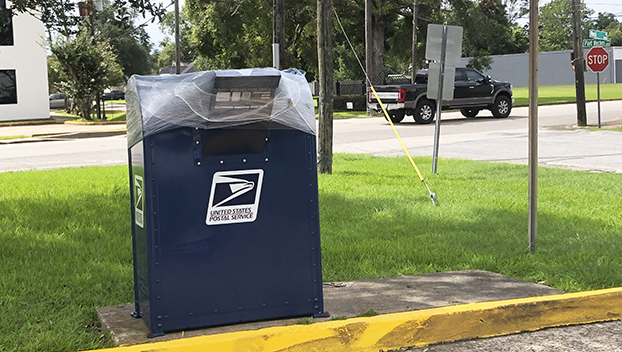 PORT NECHES — The mail dropbox outside of the Port Neches branch Post Office was damaged and a police report filed.

Port Neches Police Chief Paul Lemoine said they received a report of the criminal mischief to the dropbox on Monday in which the door to the box had been pried open.

It is unknown at this time if there was any mail in the box at the time.

The Port Neches Post Master will notify the U.S. Postal Inspector, he said.

In June, the dropboxes at Port Neches, Nederland and Groves locations were all reported to be damaged though this time around only the Port Neches branch was hit.