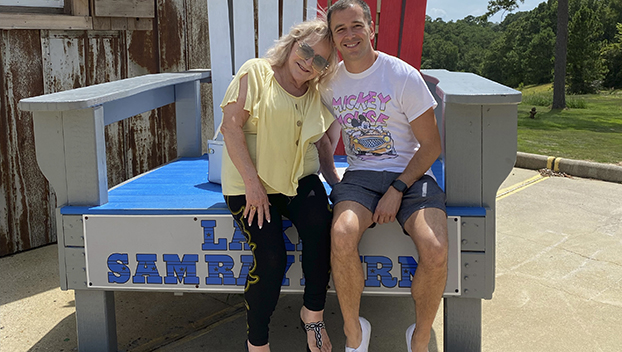 Norma Jean “Cookie” Rodriguez is described as the backbone of her family.

“She’s always been a constant in our life,” said her nephew, Jared Rodriguez. “She’s still to this day always texting, calling and trying to stay active in our lives.”

And this weekend, the 80-year-old Port Arthur native will be recognized during Fiesta as the oldest known living queen from the Mexican Heritage Society of Port Arthur’s annual pageant.

“Officially, we have been around 54 years, but there were queens before that,” said Zulema Escobedo, president of the Mexican Heritage Society.

The official list began when the group came together as a non-profit.

And the first queen on record from when the group formed a 501(c)3 in the late 60s, Christina Marie Guavez Vasquez, will also be recognized.

“I was queen 1955-1956 and also a CavOilCade Queen princess in 1960,” Goodsell said. “It was an honor to represent (the League of United Latin American Citizens). I have come back as a past queen, but this time it feels a little different.”

Rodriquez will be flying in from Los Angeles to escort his aunt.

“She’s just the sweetest and she’s probably the person in the family that knows all of our family history,” he said. “She’s the one I go to for that information.”

After returning last year following the COVID shutdown, Fiesta this year contains more entertainment than before.

“We’re really excited because we actually have people on a waitlist to be vendors,” Escobedo said. “We have indoor vendors, outdoor vendors and we’re working with the Texas Artists Museum next door to bring a lot of Hispanic artists, because this is Hispanic Heritage Month.”

Tickets are $10 with discounts for children and senior citizens.

Festivities begin Saturday at 9 a.m. at Robert A. “Bob” Bowers Civic Center, with opening ceremonies at 9:30 a.m. Afterward will be the pageants, folklore dancers, a promenade and other activities that will last long into the evening.

“Were hoping to bring the community together,” she said. “I know people don’t know a lot about what fiesta stands for — we celebrate the independence of Mexico. It’s a good time for people to come together and enjoy the costumes and the authentic Mexican food.”

In addition, the group will recognize longtime board member Flisha Ramirez, who died in March following a battle with breast cancer. Ramirez started with the group as a contestant while in high school.