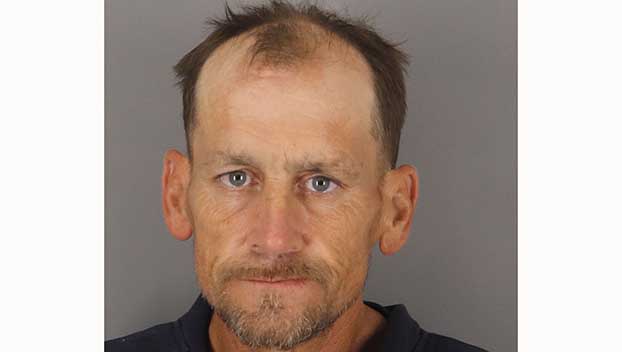 A man that police say broke into an Entergy substation and damaged property while looking for scrap wire was indicted recently on a charge of felony criminal mischief.

Sean Ronal Hendry, 48, of Beaumont was found inside the approximate 6-feet tall locked fence that had three-strand barbed wire on top on May 14 at the substation at 107864 Old sour Lake Road in Beaumont.

When police confronted the man he reportedly jumped over the perimeter fence but was apprehended after a foot pursuit, according to a probable cause affidavit for his arrest.

He allegedly told officers he was looking for scrap wire and made a statement about cutting some wire inside the fence near and underneath the building.

There is only one building on the property.

An employee with Entergy arrived and discovered numerous wires had been cut damaging service to the facility.

Various tools used for cutting wire and prying open covers and panels to expose the wire were also discovered on scene that did not belong to Entergy. The tools were found throughout the property where wire as discovered cut.

Approximate damage estimate came to $57,427.26, according to the document.

The suspect was arrested on the criminal mischief warrant Aug. 26 with bond set at $25,000 and was released he next day, according to information from the Jefferson County Sheriff’s Office.